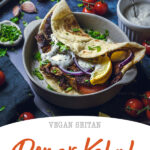 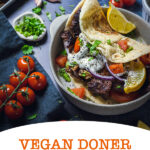 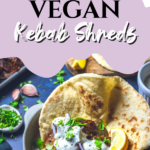 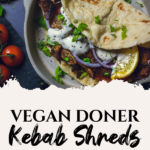 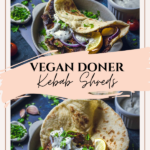 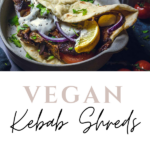 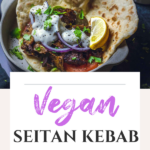 The stuff that (vegan) dreams are made of – Vegan Kebab Meat!

This vegan kebab meat recipe is simply perfect for a delicious doner kebab, topped & baked with vegan cheese or simply on its own. 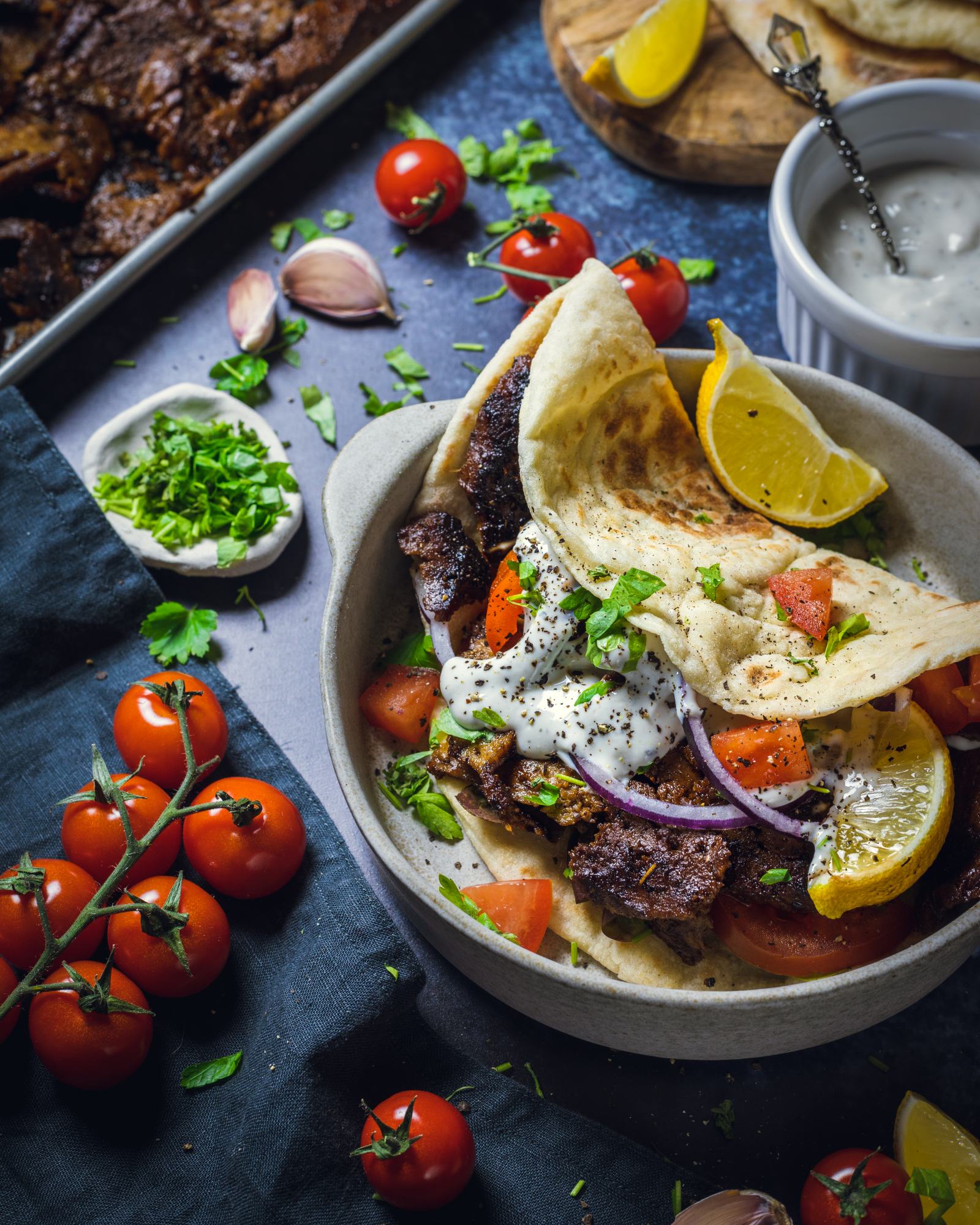 To create the perfect flavour in this vegan seitan kebab, there are a variety of herbs involved. Same as with non-vegan kebab meat, the flavour is all in the spices!

When it comes to the method of making this vegan kebab,  there are a few important things to note.

Firstly in creating the seitan dough, you will need to combine all the dry ingredients and all the wet ingredients separately, then slowly mix them together afterwards. By doing it this way you will ensure even distribution of all ingredients and avoid any lumps in the kebab meat later.

Once the seitan dough is combined, it’s important to gently knead it with your hands for about 5 minutes until combined and the gluten is spongy. Do not overmix as it will change the texture of the seitan. Five minutes is more than enough – I like to do this on my kitchen counter with a little vital wheat gluten sprinkled over the top to avoid it sticking to the counter.

After kneading, you need to gently form a log shape and wrap the seitan dough in multiple layers of extra strong kitchen foil. Wrap it tightly – this is very important as the seitan will otherwise rip the foil and explode in your oven, which not only ruins the seitan texture but also creates a mess. I usually wrap it tightly in about 5 layers of foil.

Transfer the seitan to your oven and bake at 200C for 30 minutes. Add an ovenproof dish filled with water to your oven at the same time – this will create the right moisture in the oven and make the perfect environment for your seitan dough.

Once the baking process ends, let the seitan cool down entirely in the foil. During this time the texture for the kebab meat will settle.

The pan-fry and shaving that follows creates the typical doner kebab chunks that you all know. I like using a cast iron pan for this process as it created the perfect smoky & crispy layer on your vegan kebab meat.

The secret is to consistently pour a little oil over the kebab log. as well as tamari soy sauce, which will create the salty, crunchy layer for the kebab meat. Carefully turn the log regularly until all sides are gently crispy fried.

Remove the log from the pan and carefully ‘shave’ off the outer later into thin strips with a sharp knife. Return the log to the pan afterwards and repeat the pan-frying process until the entire log is shaved into kebab chunks. 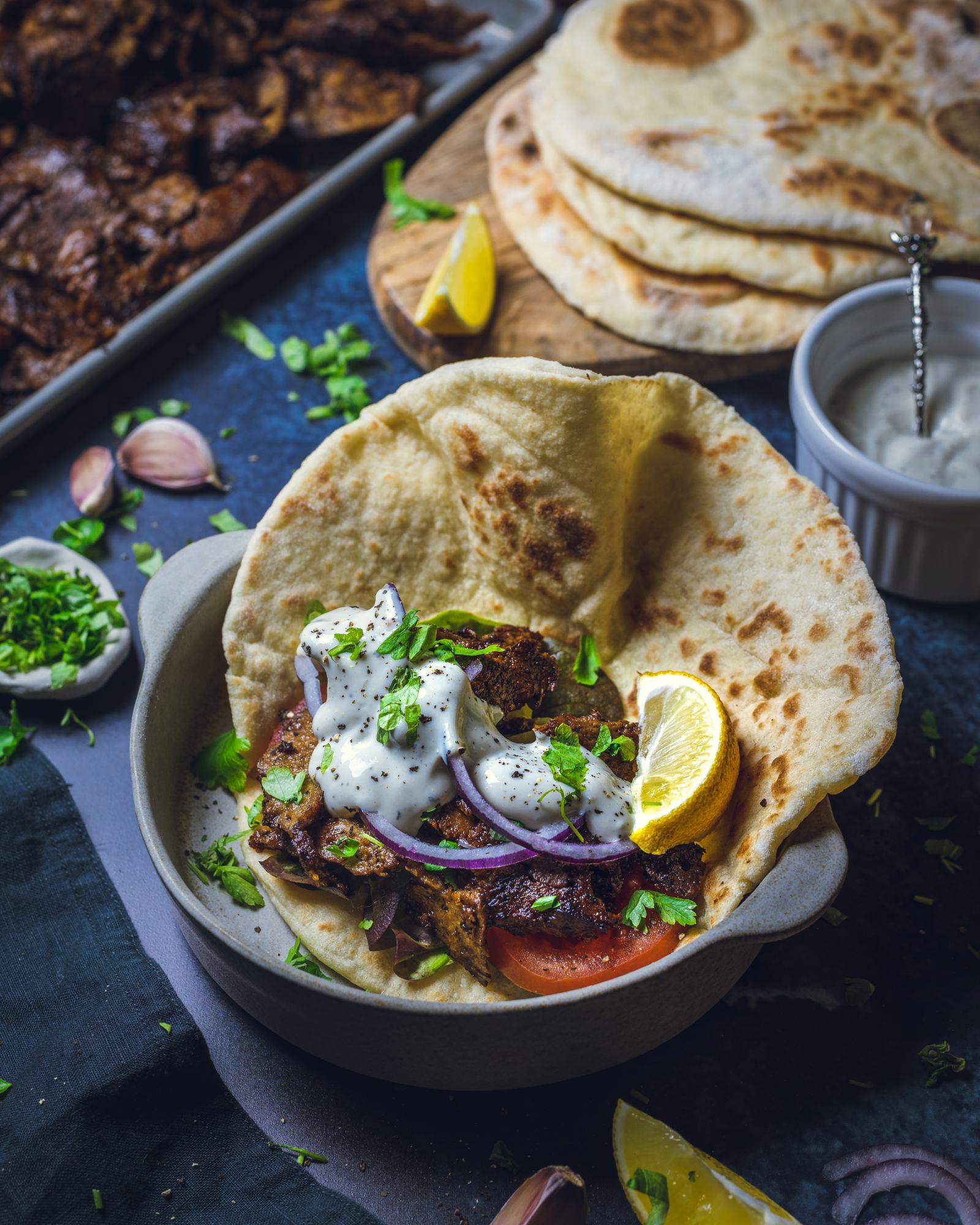 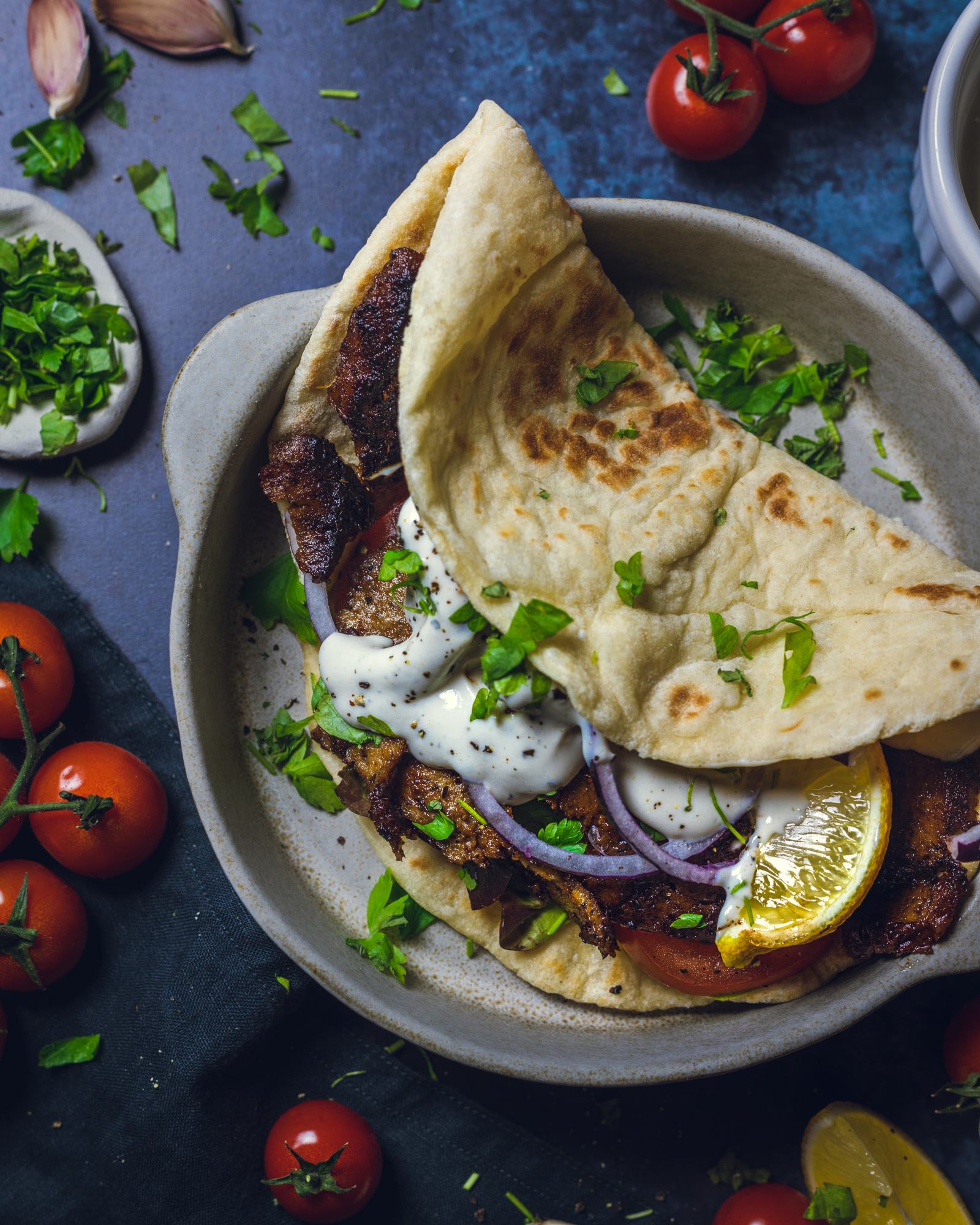 Equipment you will need 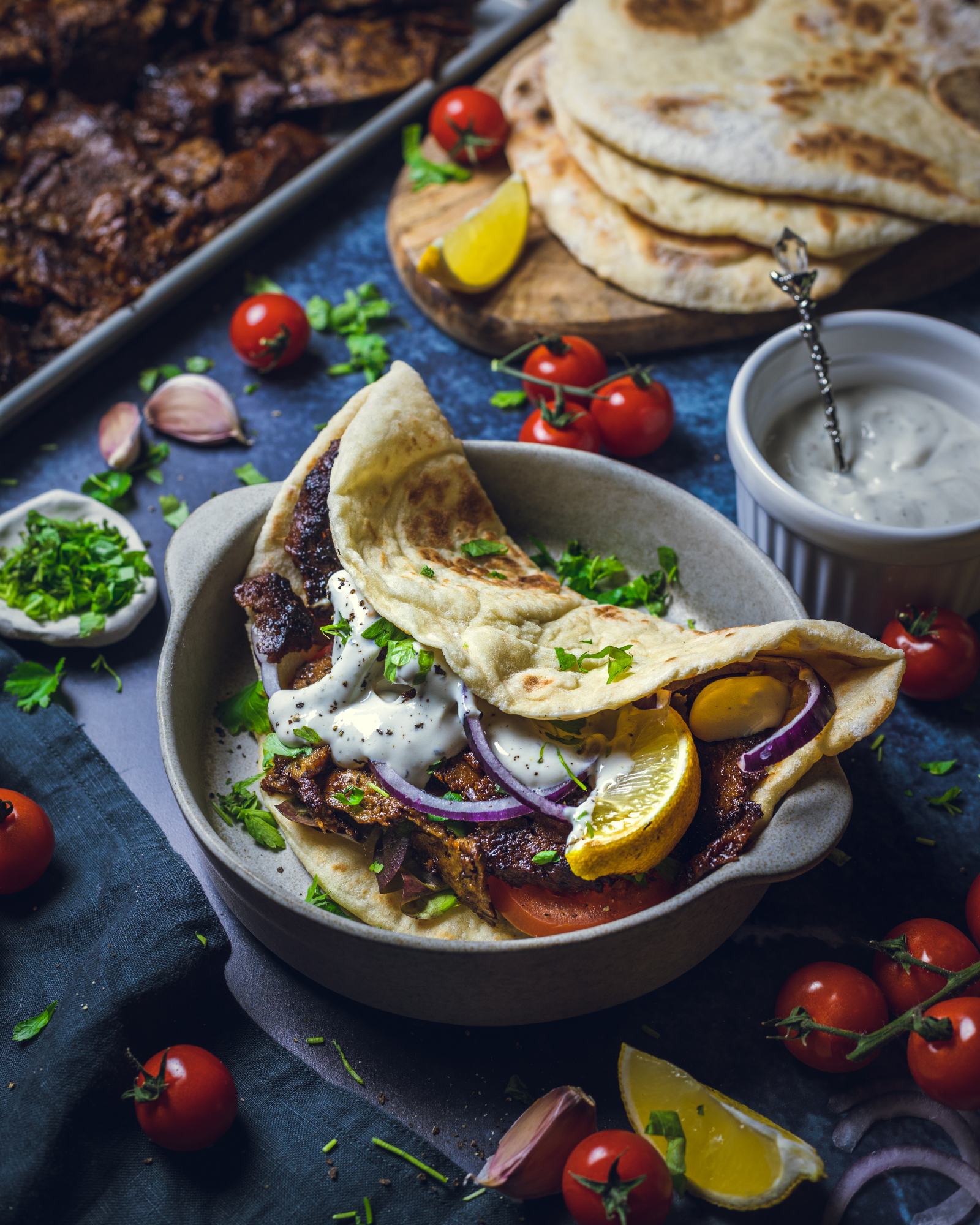 The stuff that (vegan) dreams are made of – Vegan Kebab Meat! Perfect for a delicious doner kebab, baked with vegan cheese or simply on its own.

The kebab can also be frozen – either after the baking process for later frying OR after the pan-fry. Ideally freeze in portion sizes for easier handling!

I love to serve this Kebab meat in a homemade flatbread, with lettuce, tomato and vegan tzatziki sauce or yogurt.