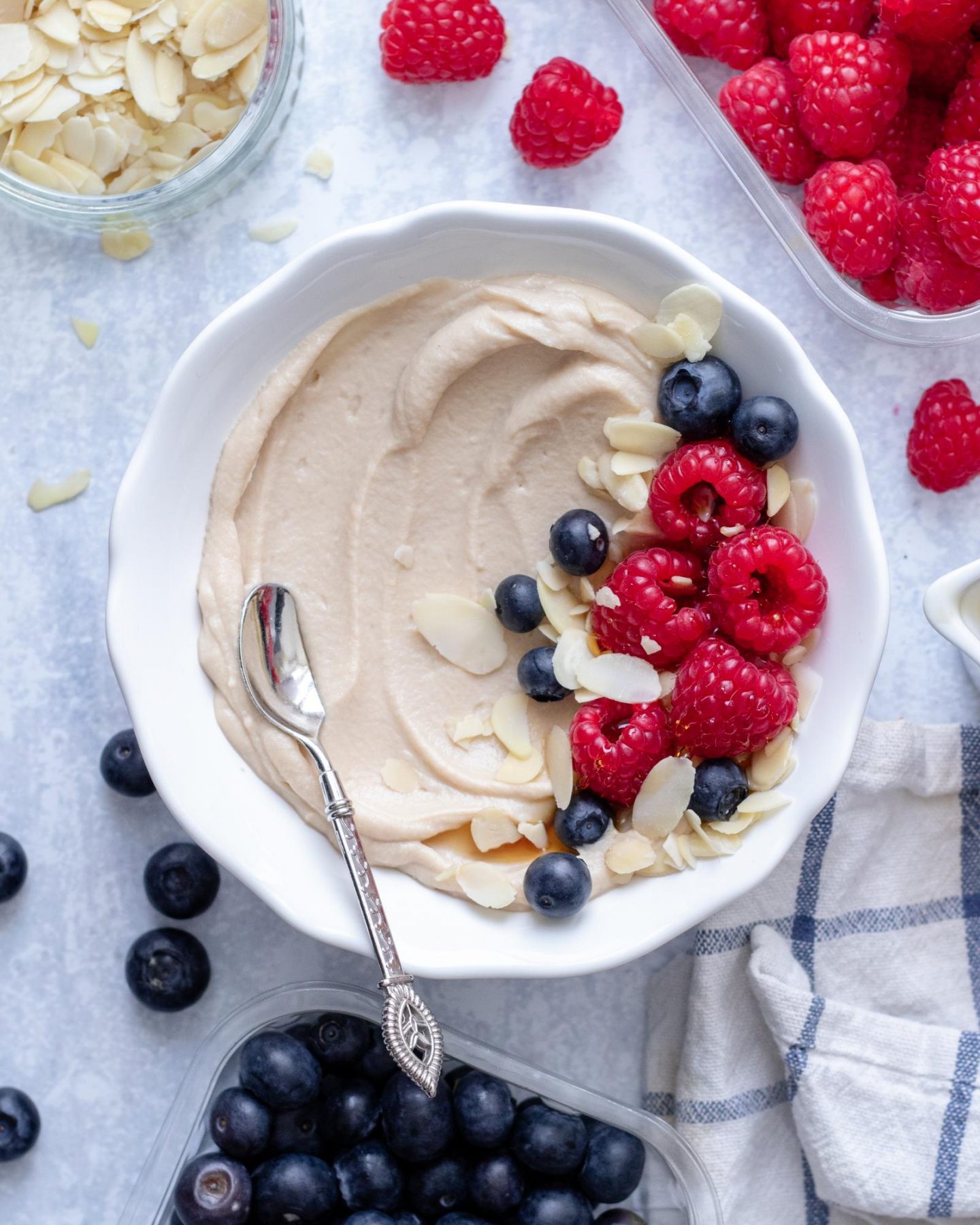 If you’ve visited my Instagram before, you probably know of my vegan protein breakfast bowls – however, let me introduce you to this new delicious Vegan Protein Cheesecake Pudding Recipe!

Created with just 3 base ingredients, it’s super simple to recreate within minutes. If that doesn’t make it the perfect high protein snack for us busy bees, then I don’t know what does! Oh, and it also makes a pretty good dessert too!

For the base of my Vegan Protein Cheesecake Pudding I like to use a mix of Vanilla Flavoured Protein Powder and Coconut Yogurt. Simply combine 1 scoop of protein with 120g coconut yogurt. Ideally use the back of a soup spoon to combine these to ingredients, and mix gently so that the protein powder doesn’t go everywhere (believe me – I’ve been there!). The protein powder of my choice is the MyVegan/MyProtein Vanilla Flavoured Soy Protein Isolate.

Alternatively, you can also use unflavoured protein powder, that’s totally up to you! Vanilla is simply my favourite as it reminds me of a New York cheesecake, but I’ve also created this bowl with unflavoured protein before. I’d just recommend not to use plain pea or hemp protein as these can have a strong taste on their own that doesn’t at all resemble cheesecake, so be warned. 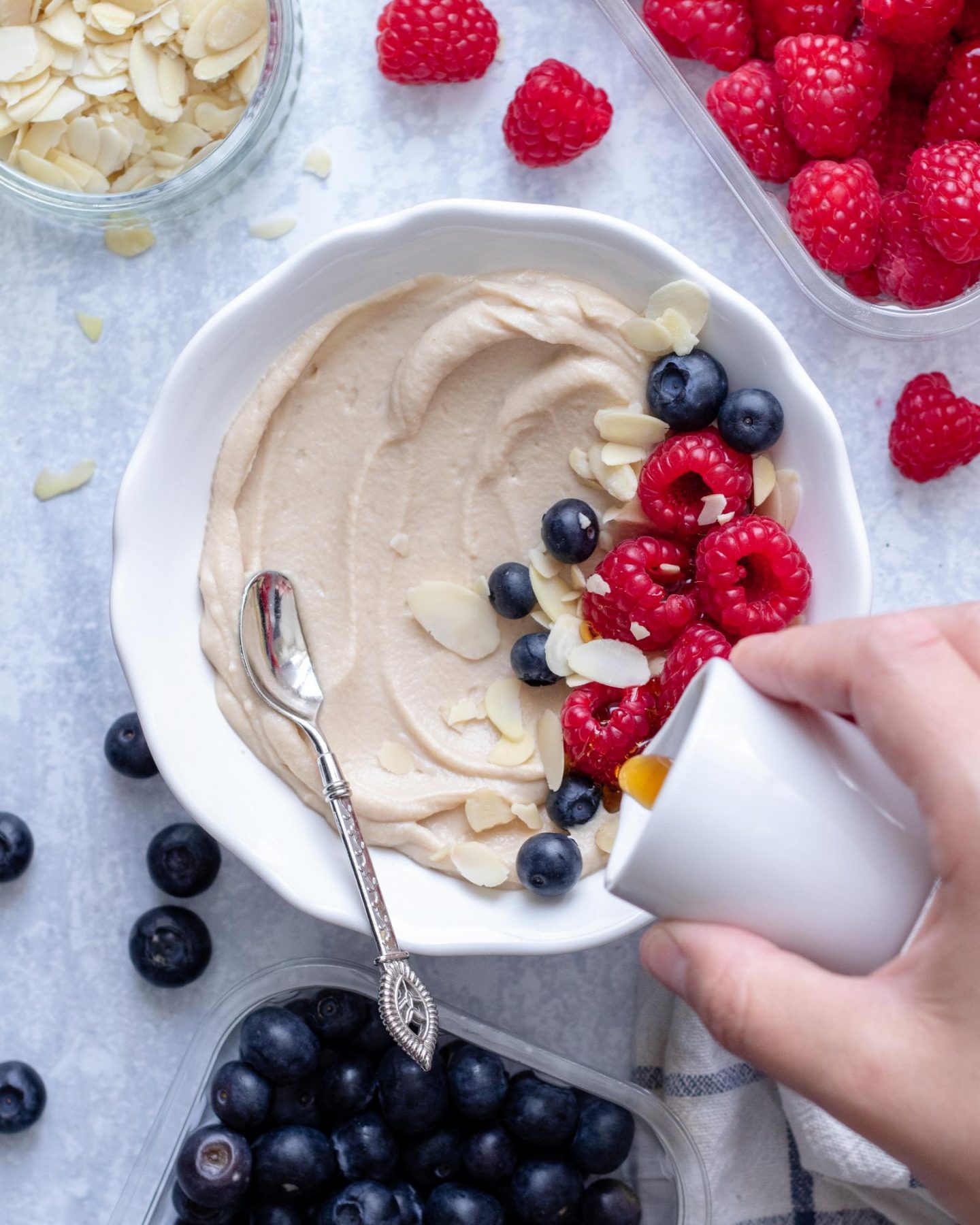 Ever since I discovered the MyProtein flavour drops I’ve been in love. They’re the perfect & easy way to flavour a basic dish. For me, they help create delicious snacks that I can create in mere minutes when I’m too busy to stand in the kitchen for too long – and they taste absolutely delicious!

My favourite flavour—as you can probably already guess—is their ‘Cheesecake’ flavour drops, though I also have to admit I’ve not tried the entire flavour drop range yet (one day though, ha!)

With just a few drops, it creates the perfect subtle cheesecake flavour in this protein bowl and it’s just the most convenient addition to create something delicious & healthy with little time.

Delicious 3-ingredient vegan protein cheesecake pudding – perfect for breakfast or for the little hunger throughout the day!