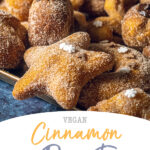 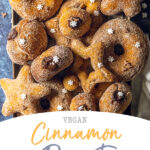 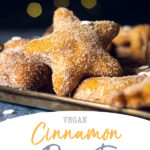 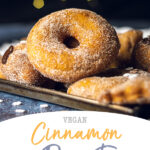 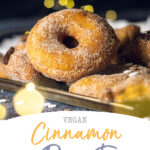 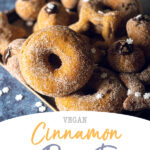 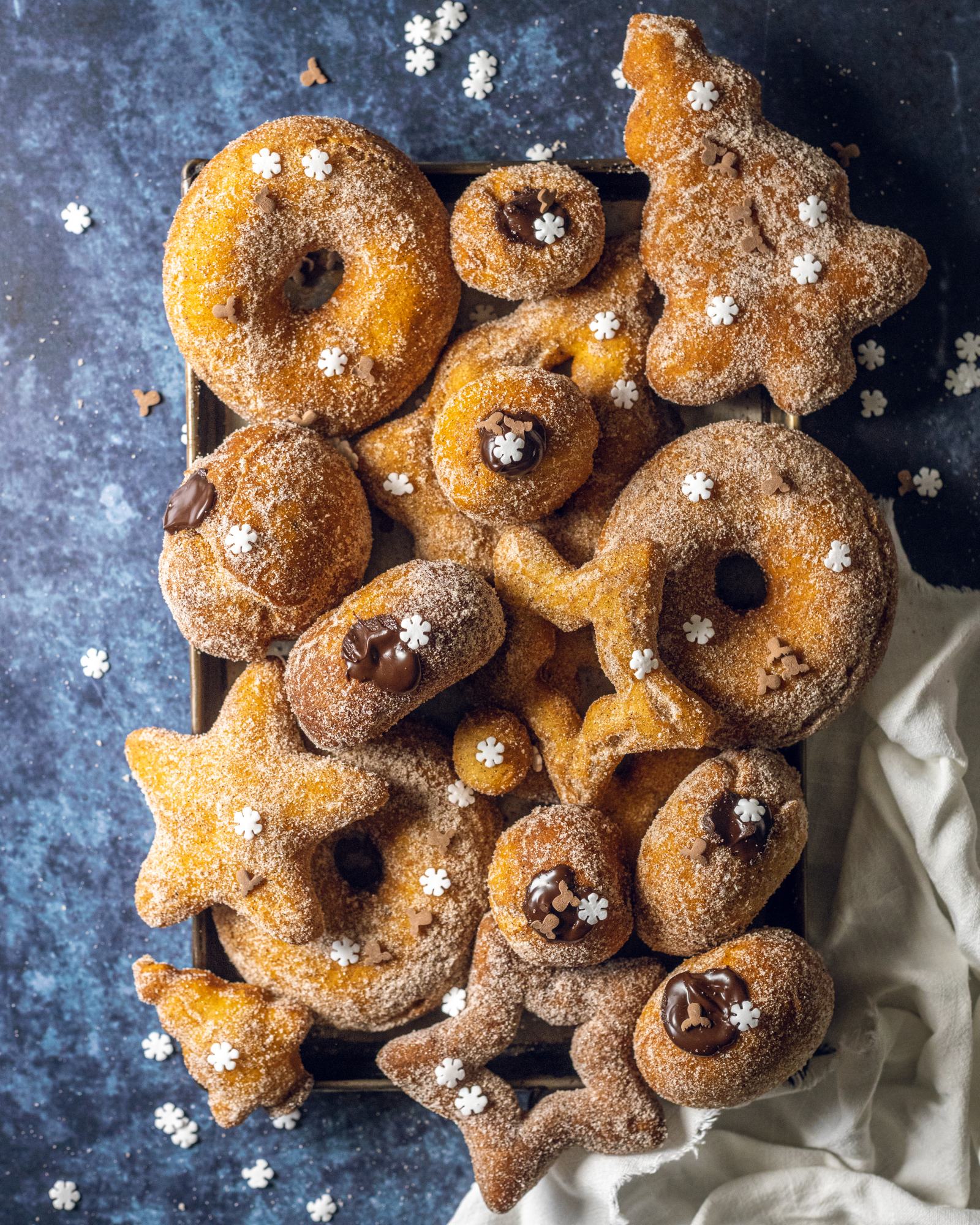 What you need for this Vegan Donut Recipe 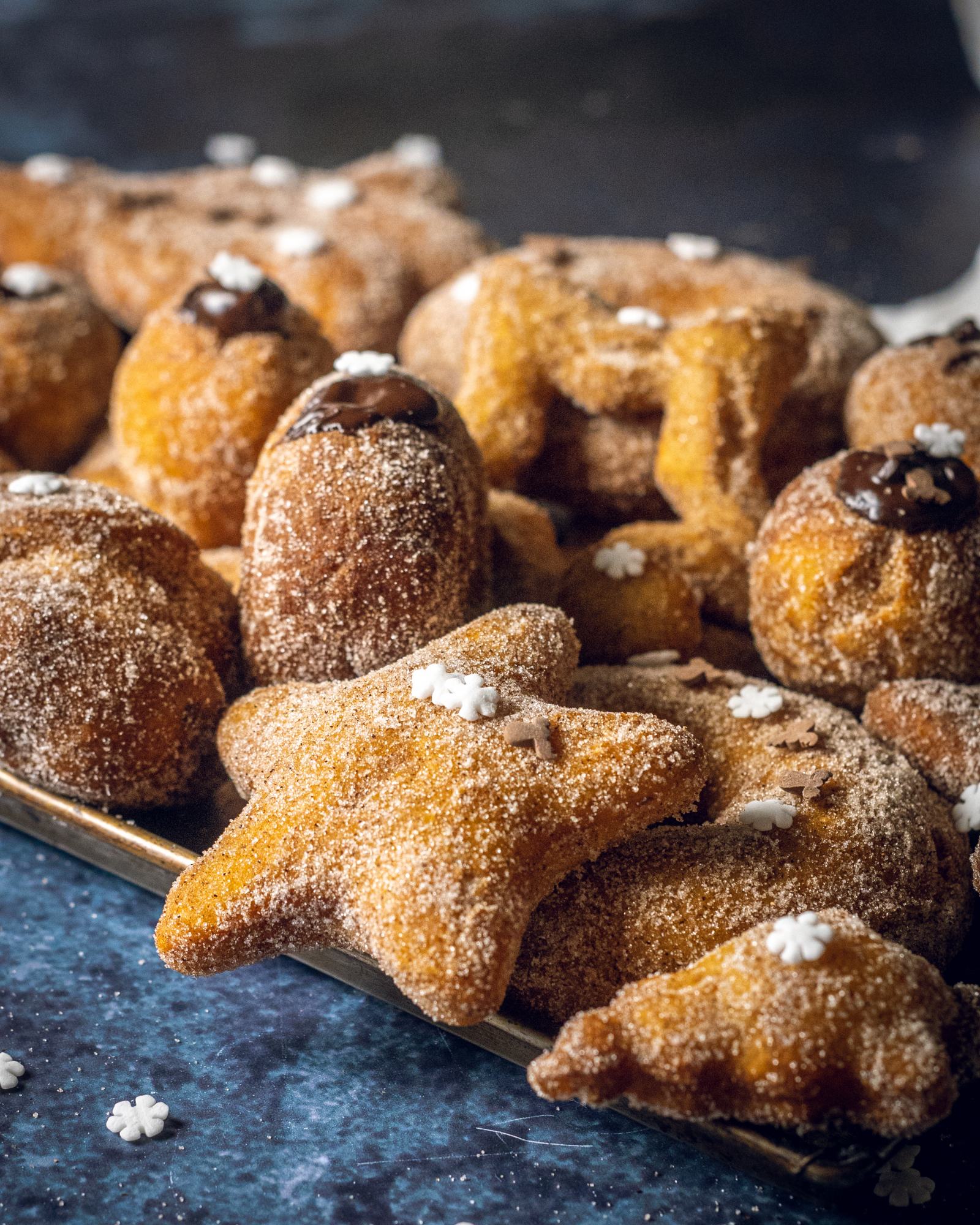 How to make vegan donuts perfectly every time

How to make a flax ‘egg’

In order to create these delicious vegan donuts, we’re gonna start with the flaxseed. The flaxseeds are going to replace the egg in our recipe. In order to ‘activate’ the flaxseeds, we are going to combine them with a little bit of water and set them aside to soak for 10 minutes. During this time the flaxseed mixture will become thick and gloopy.

How to activate your yeast

Whilst our flaxseeds are soaking we can start by preparing liquid ingredients for this recipe. Ensure that you are using warm or lukewarm dairy-free milk for this recipe. If your milk is not warm or lukewarm it will not activate the yeast appropriately – but at the same time your milk also shouldn’t be too hot as this could kill off your yeast, it’s best to go with a temperature that is slightly higher than lukewarm.

Add the milk to a large jug and sprinkle both the sugar and be used over the top. the sugar will be used in order to activate our yeast. Set the jug aside until the liquid has gone frothy. This will take about 10 minutes. 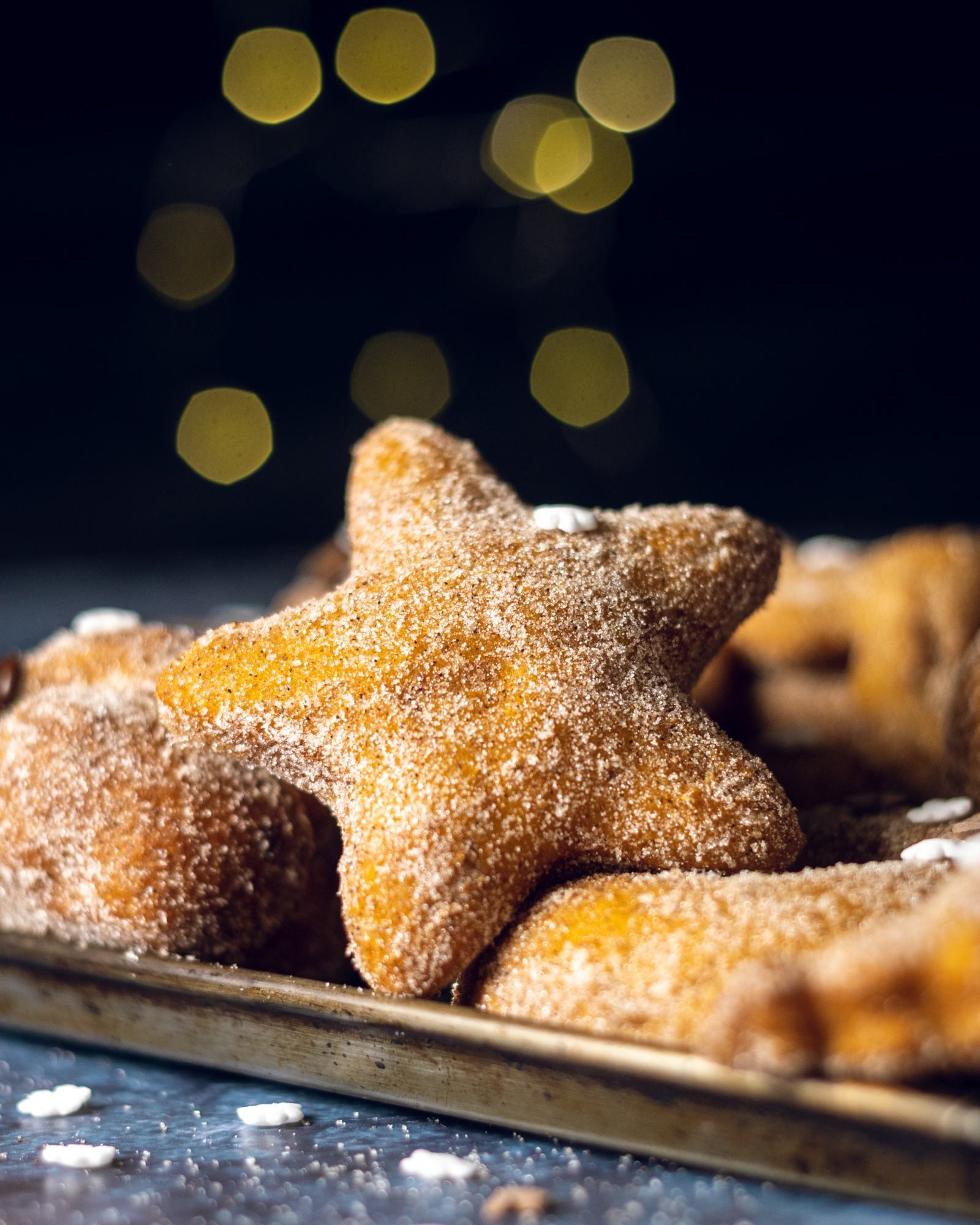 Bringing the donut dough together

In the meantime place your flour into a large mixing bowl. I recommend using a sieve for the flour to ensure that are no lumps. Add your salt and stir into the flour. In a separate bowl, combine the melted butter and flaxseed mixture, once it has soaked for about 10 minutes.

Next, create a well in the middle of your flour mixture and add in the butter mix as well as the frothy yeast mixture. combine everything with a spatula until your dough is becoming too thick to handle. Carefully place the dough on a floured kitchen surface and start kneading with your hands put two minutes until smooth. Shape the dough into a ball and place it back into a greased bowl. Cover with a damp tea towel and place in a warm spot for about 1-hour to rise – until it has doubled in size.

I like to turn on my oven at 50 degrees for 5 minutes and then place the bowl inside with the oven off and the door closed. This creates the perfect temperature for your dough to rise.

What’s the rising time elapses place your sunflower oil in a deep saucepan with a small diameter. Gently heat the oil at a low to medium temperature and it has reached 220 degrees Celsius. 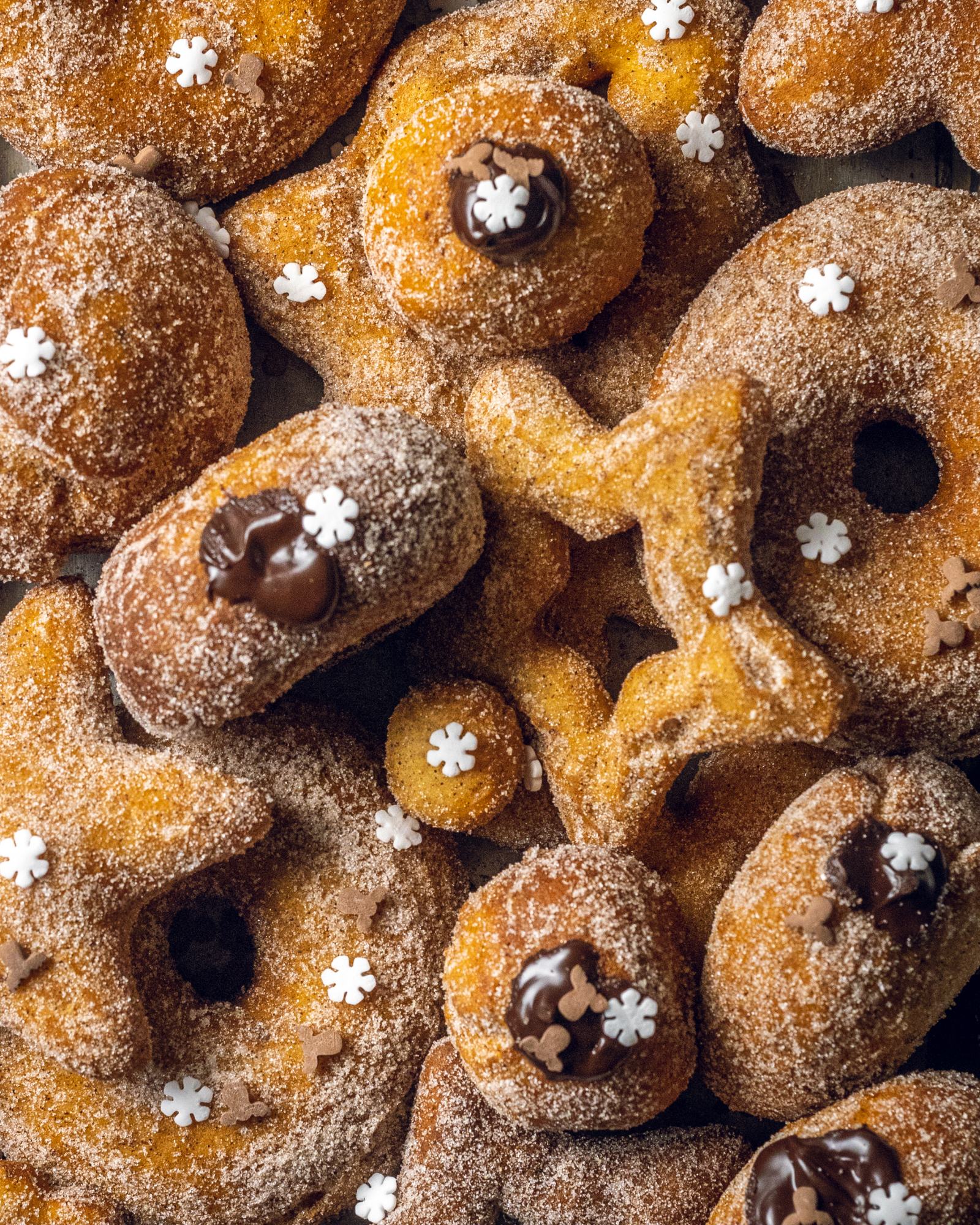 How to shape donuts

Whilst your oil is heating we will prepare the shape for your donuts. Gently remove the dough from the bowl and knead it for about 30-seconds on a floured kitchen surface.

There are multiple options for donut shapes depending on your personal preference. To create little donut bites simply divide the dough into equal small balls and all them until smooth. To make filled donuts repeat the same step just make them a little bit bigger. Bear in mind that the donuts will become bigger in the frying process so don’t make them too large, to begin with.

For the classical round donut shape with a hole in the middle simply roll out the dough on a floured surface to about 1 cm thickness and use a large round cookie cutter for the outer shape. Cut up the donut hole with a tiny round cookie cutter or use a small lid.

Once you’ve created your desired shapes, place them on lined baking trays and cover them with damp towels for another 30 minutes.

When the time elapses, you are ready to fry your donuts. 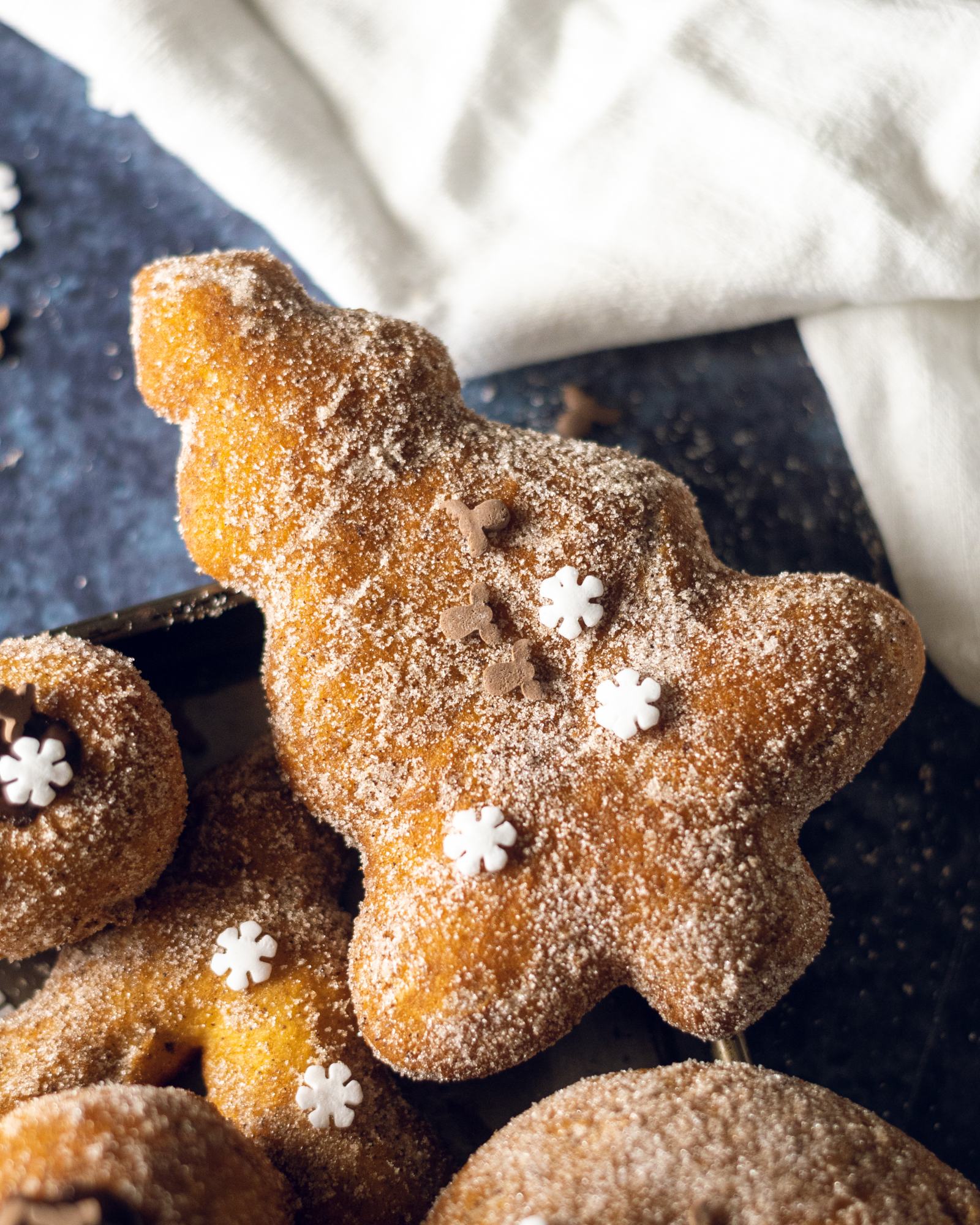 How to fry donuts

Carefully lower each donut into your frying oil with a slotted ladle, one at a time. Be very careful as the oil will be very hot. Gently turn your donut in the hot oil and fry it for about 20 seconds on each side or until golden. The frying time for your donut will depend on the shape and size – however, it’s important to know, that they will fry very quickly so please do not leave the stovetop.

Once done, remove your donut from the hot oil with the slotted ladle and place it on a kitchen towel to remove any excess oil. Repeat until all of your donuts are done.
Mix the caster sugar and cinnamon in a small bowl and coat your donut in the sugar/cinnamon mix.
To create the chocolate sauce heat the chocolate and milk over a double boiler and stir until thoroughly combined and melted. To serve, either dip your donut balls into the chocolate sauce or use a piping bag with a long tip to fill your dough balls with the sauce instead. 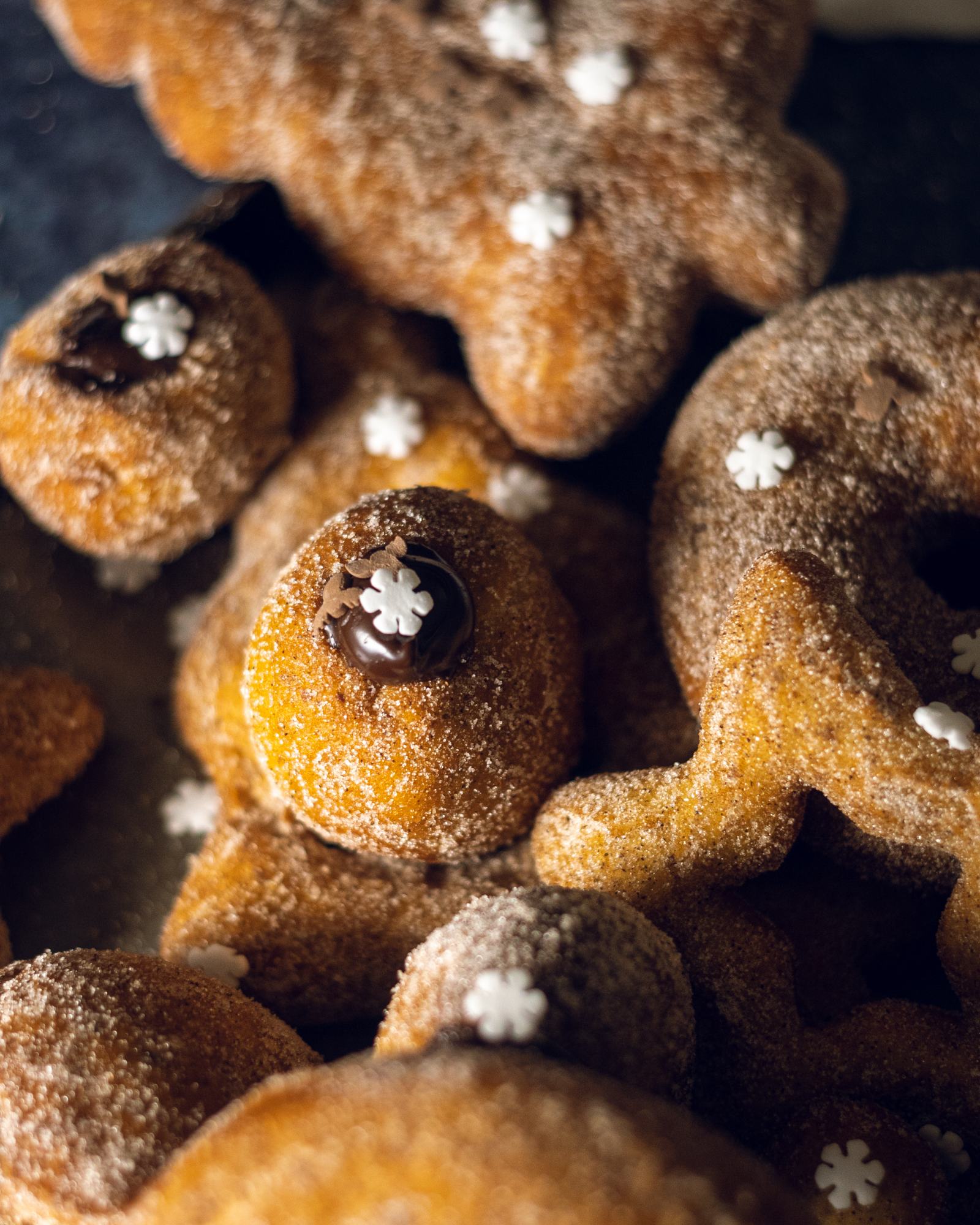 For the chocolate sauce (optional)

Also, give these recipes a go: