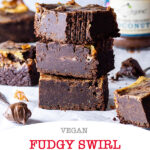 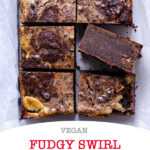 Be warned: these Vegan Cream Cheese Swirl Brownies are addictive! Re-create at your own risk. 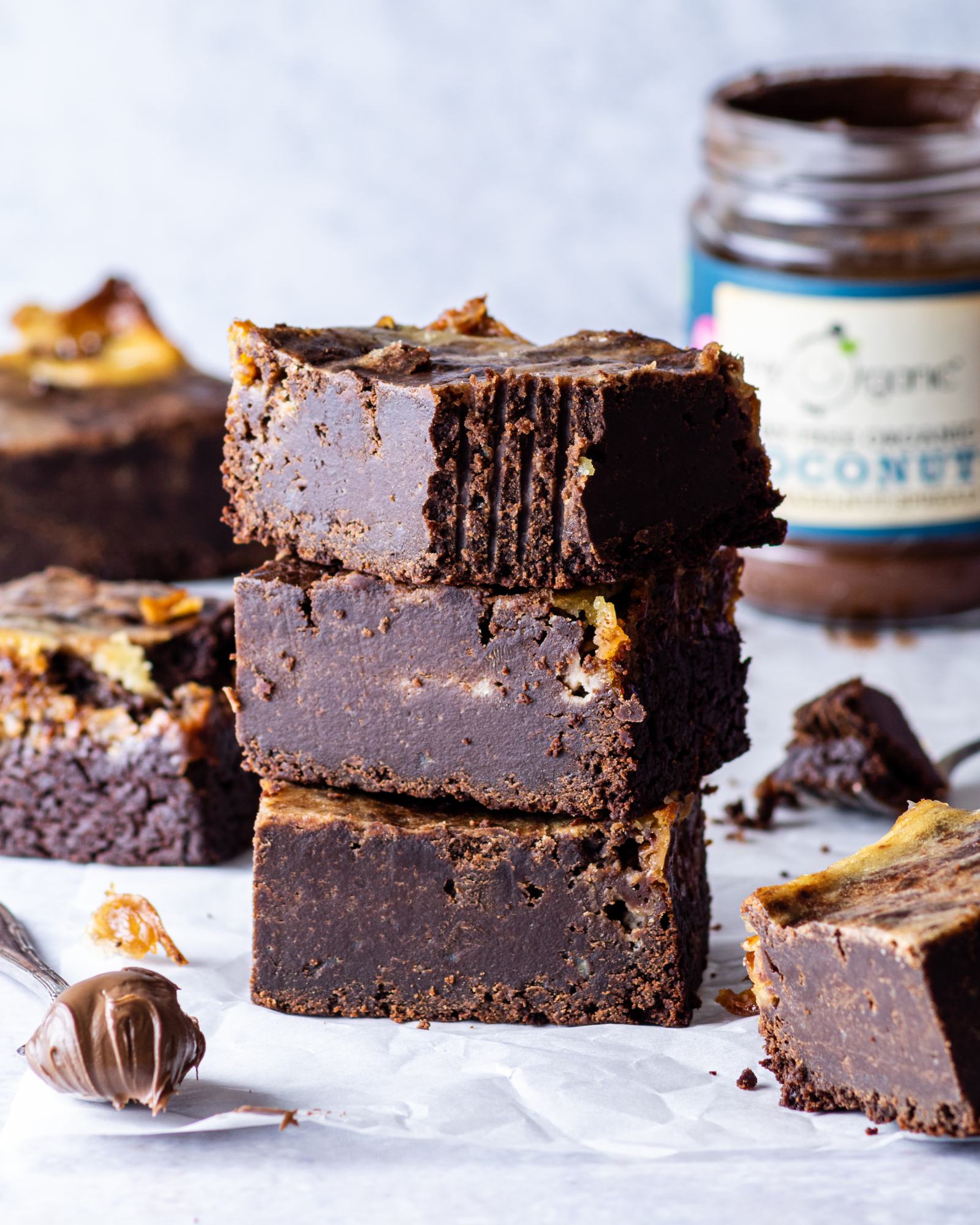 ‘Holy moly’ is most likely come out of your mouth right after you first try these Vegan Cream Cheese Swirl Brownies. And I can’t blame you: I’ve been there. One thing that isn’t there anymore are these brownies however. All demolished. All of them. Long gone. Farewell. Off to the kitchen to make more.

And because I’m so kind (& maybe because I have a bad conscience for eating them all alone), I’m sharing the recipe with you today, so you can get into the taste of these little wonders too. But hey: I’ve warned you – it’s safest to only make one portion at a time ;P

Share? No, this is pretty much a single serving recipe. Yes, you can cut into 6, 12 or 24 brownies bites (well tbh any other number too if you’re feeling like it) but they’re all supposed to be devoured by one person. No kidding.

Shall we get onto the recipe? Okay, if you insist!

Replacing the egg for these Vegan Cream Cheese Swirl Brownies

As we’re baking vegan at the RomyLondonUK HQ (aka my kitchen ‘office’) of course this recipe is entirely egg less. It is however fairly simple to replace eggs in most baking recipes as I have found over the past few years.

In the case of these fudge-y Vegan Cream Cheese Swirl Brownies I have decided to use Aquafaba (beaten, unsalted chickpea water). It simple helps bind all the brownie ingredients together without tampering with the delicious taste of this recipe. Long story short: it’s perfect.

As aquafaba has worked a treat on this recipe pretty much instantly, I have to admit I didn’t try any alternatives, but I’m certain that egg replacement, a banana, a flax egg or chia seeds do the trick just as well. Why not experiment with what you have at home? 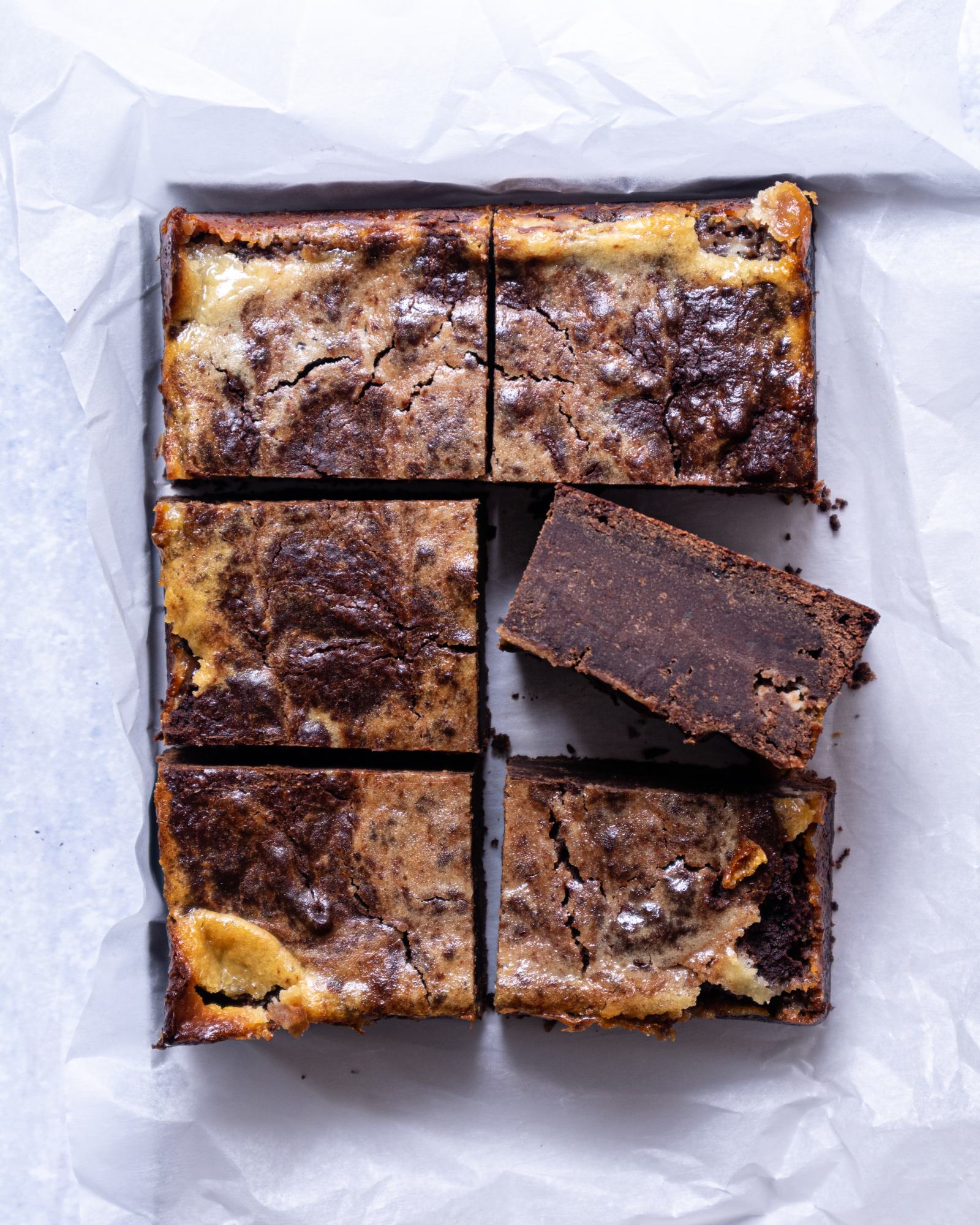 Why add salt to brownies?

You’ve maybe had this scenario before: you’re reading a recipe for a delicious sweet treat and one surprising items finds its way into the ingredient list: salt. But let me tell you: it’s a vital one. It might feel odd adding a pinch of salt to a fully sweet treat at first, but the salt actually brings out the naturally sweet aroma of cacao and chocolate, giving you the ultimate chocolate indulgence with these brownies, for example.

Still not convinced? I always motivate people to try it for themselves. A little salt never hurt nobody and I promise you, your brownies won’t come out savoury as long as you stick to the amounts mentioned in the recipe (yes I felt the need to point that out, you never know!)

As with most baking recipes I like to stick to the following: Combine dry ingredients, combine wet, then combine everything. It simply ensures an even distribution of all ingredients and avoids any lumps or oddly flavoured corners (imagine all the salt landing in the same bite…).

In this recipe the chocolate batter is mixed separately from the Vegan Cream Cheese Swirl by sticking . to the above rule. Then whisk up the vegan cream cheese, maple syrup and 1 Tbsp Aquafaba in a separate bowl and spoon it onto the chocolate brownie batter in the baking tin, then use a fork or a toothpick to swirl. 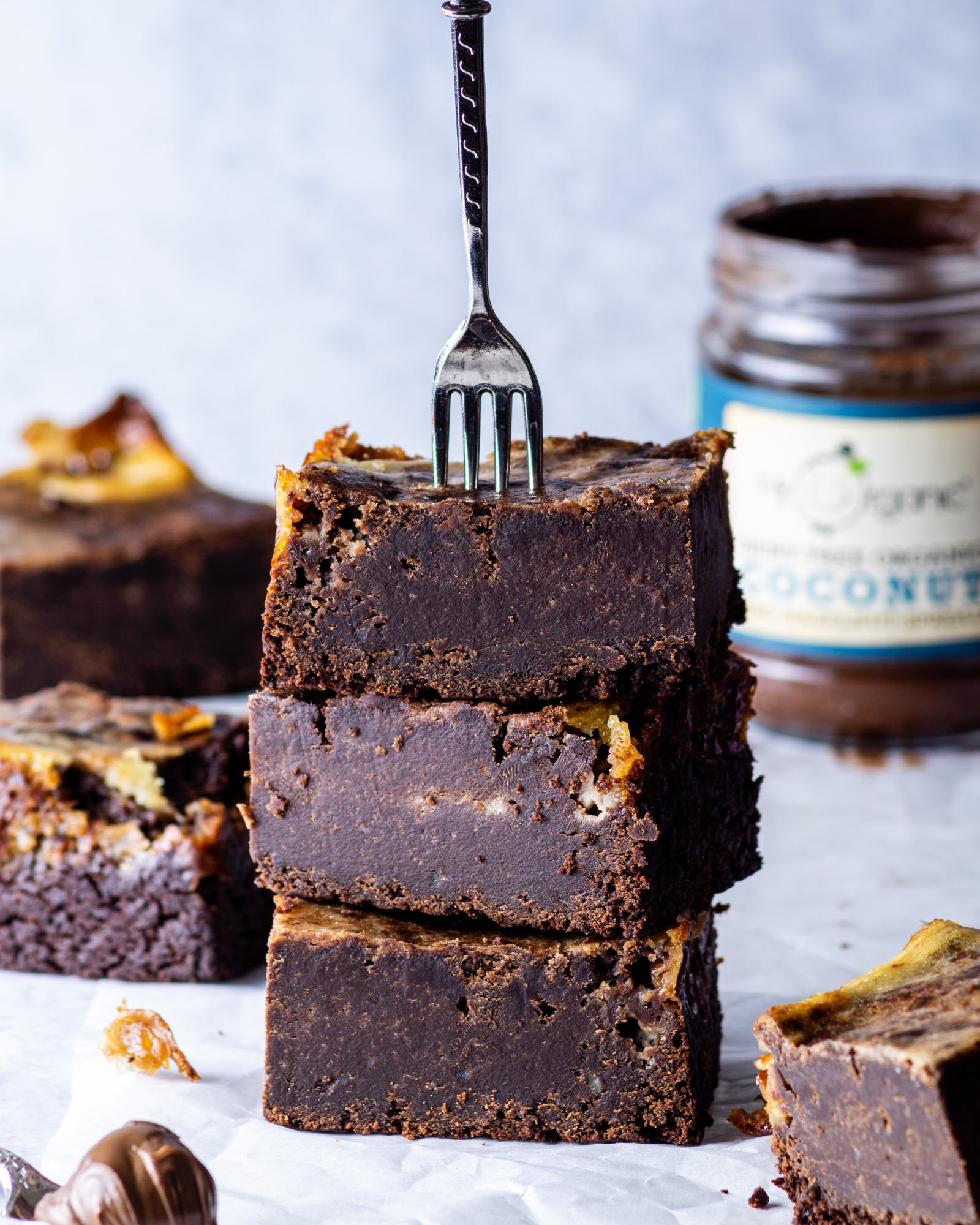 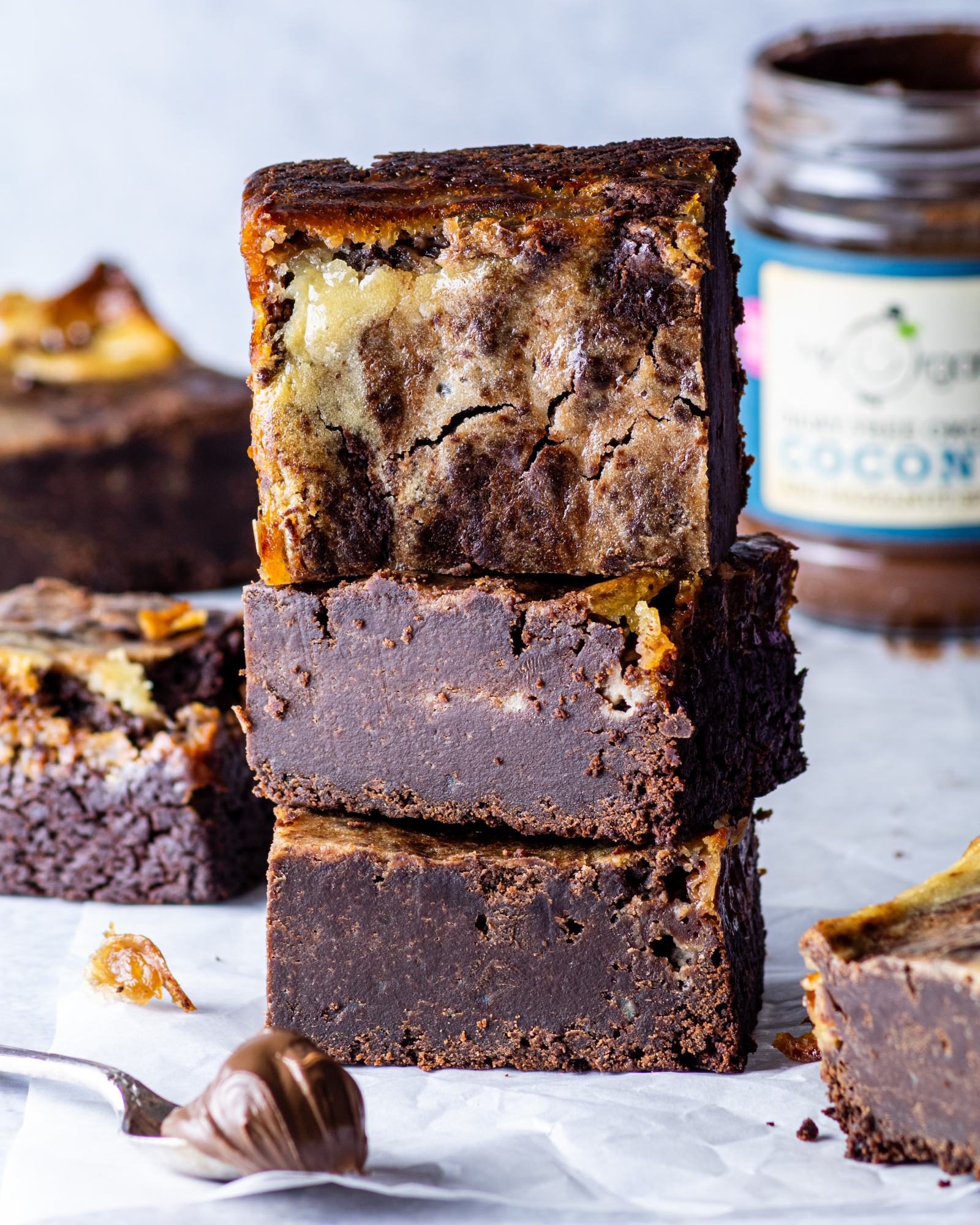