If you’ve expected anything else than a good old comfort food recipe here: you’re in the wrong place! 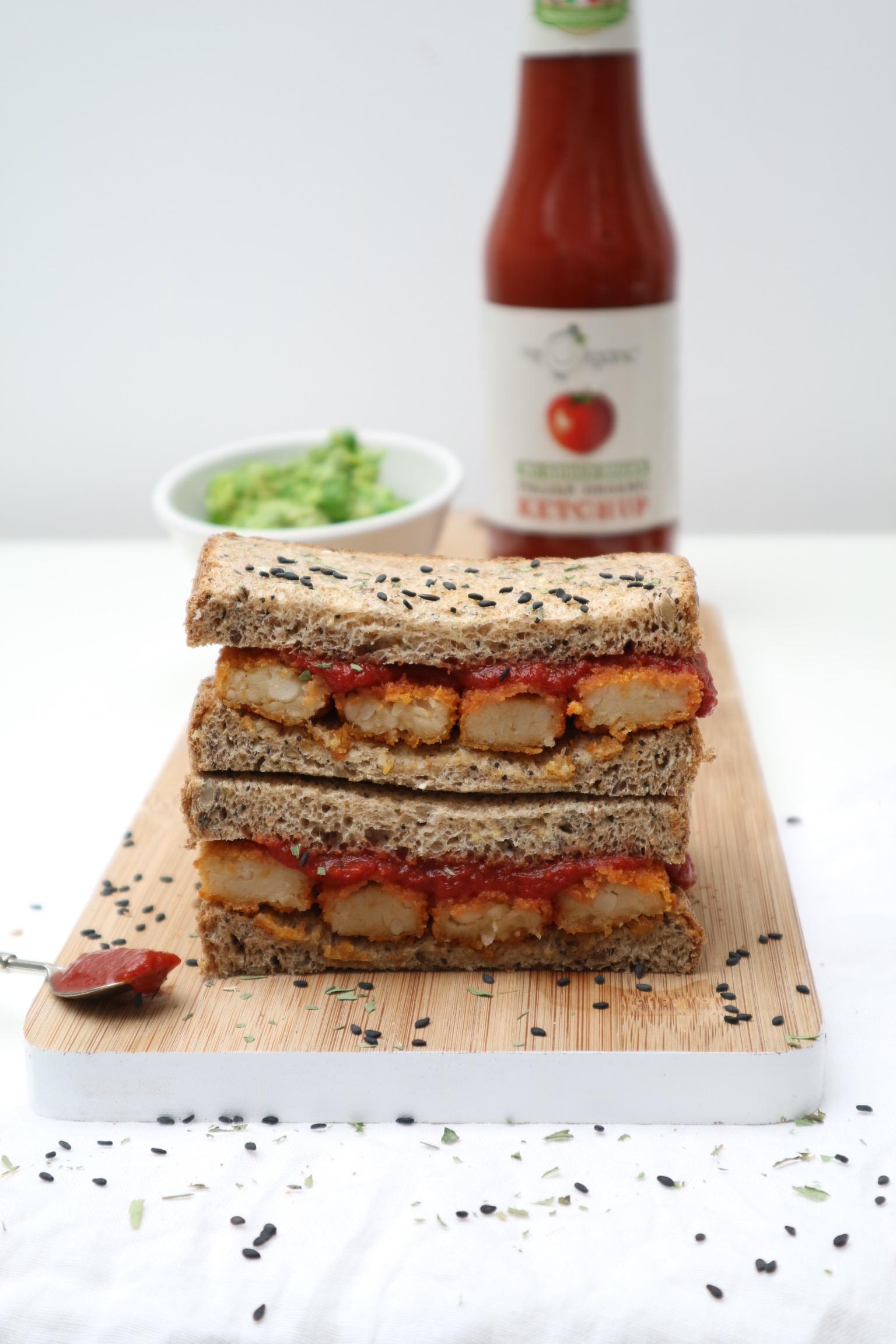 Now I have to admit that this kind of sandwich is nothing that I ate as a kid – people don’t put anything like fish finger sandwich on bread in Germany, that would be an insult to the good German bread 😉

The first time I’ve ever seen a fish finger sandwich was about 7 years ago at a friends house: his mum had just made him, yes, a fish finger sandwich. To be frankly honest: I didn’t know what to think of this and probably thought it was some kind of inside joke that I wasn’t aware of – but no: these British people were actually serious! It still took a few months until I tried my own first fish finger sandwich but I was a fan right away.

Having been vegan for just over 4 years now, you can probably imagine that it’s been a while since I’ve enjoyed one of these. Not too sure what came over me to be honest – but all of a sudden I had the thought ‘hey, how about a fish finger sandwich’?! – so challenge accepted and here we go!

Luckily we’re in 2018 and there are some amazing vegan fish fingers out there – Quorn  have really outdone themselves with their vegan fish fingers (and no, this post is totally not sponsored!) to be honest: whenever I see them in the store I pick up at least two packs of these – one for myself and one for Nick, cause ain’t nobody sharing these gorgeous creations!

Definitely high on my list of dinner cravings – and so super easy to create!

Finally: stir in the vegan mayonnaise for some extra creaminess and you’re ready to go!