I am sure we have all been there: There is simply such a variety of amazing restaurants and places out there nowadays that also have vegan options, but not all of these places advertise with being vegan. They simply don’t see vegans as their main target market, but simply cater for it in addition – and unknowingly we miss out on what would otherwise have been an amazing vegan meal – and the restaurant misses out on a few passionate customers (cause tbh: we vegans are all over vegan food options in restaurants).

This is pretty much how I felt with The Stable – a restaurant right next to Kew Bridge. It’s actually part of a chain but the Kew brand had already opened about a year ago. I’ve already spotted it before whilst going past it in the car, but never thought that they would have any vegan options available. Advertising with pizza pies and cider on their door I could not have guessed this place would have so many amazing options for me to explore!

Not until I received an email from the lovely PR team inviting me to come down for a vegan cider tasting and pizza. And guess what? I definitely could not say no!

So last week Nick and me made our way down to the Stable to taste some of their lovely ciders – not really knowing what to expect as neither of us had done a proper tasting before. And we were positively surprised!

As it was a weekday it was not particularly crowded, which was absolutely perfect – despite having a drink, you still wanna be able to talk after all 😉

Our cider tasting host actually joined us at the table and gave us an introduction about The Stable, a chain focusing on crafted cider and pizza, which was originally founded in Dorset in 2009. With branches all over the south of the UK  (and two in London alone – Whitechapel & Kew) their Kew Bridge branch was opened in 2016. 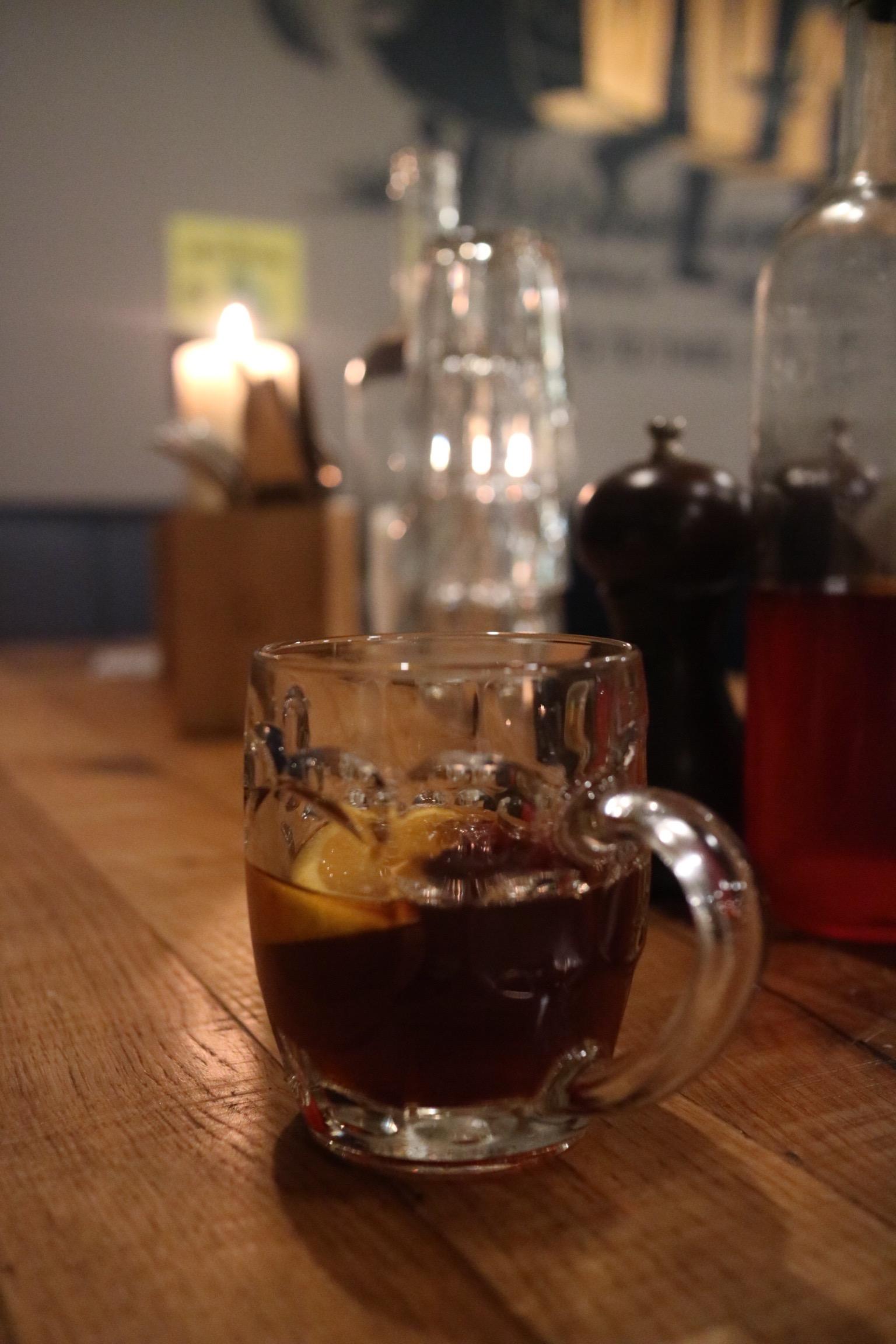 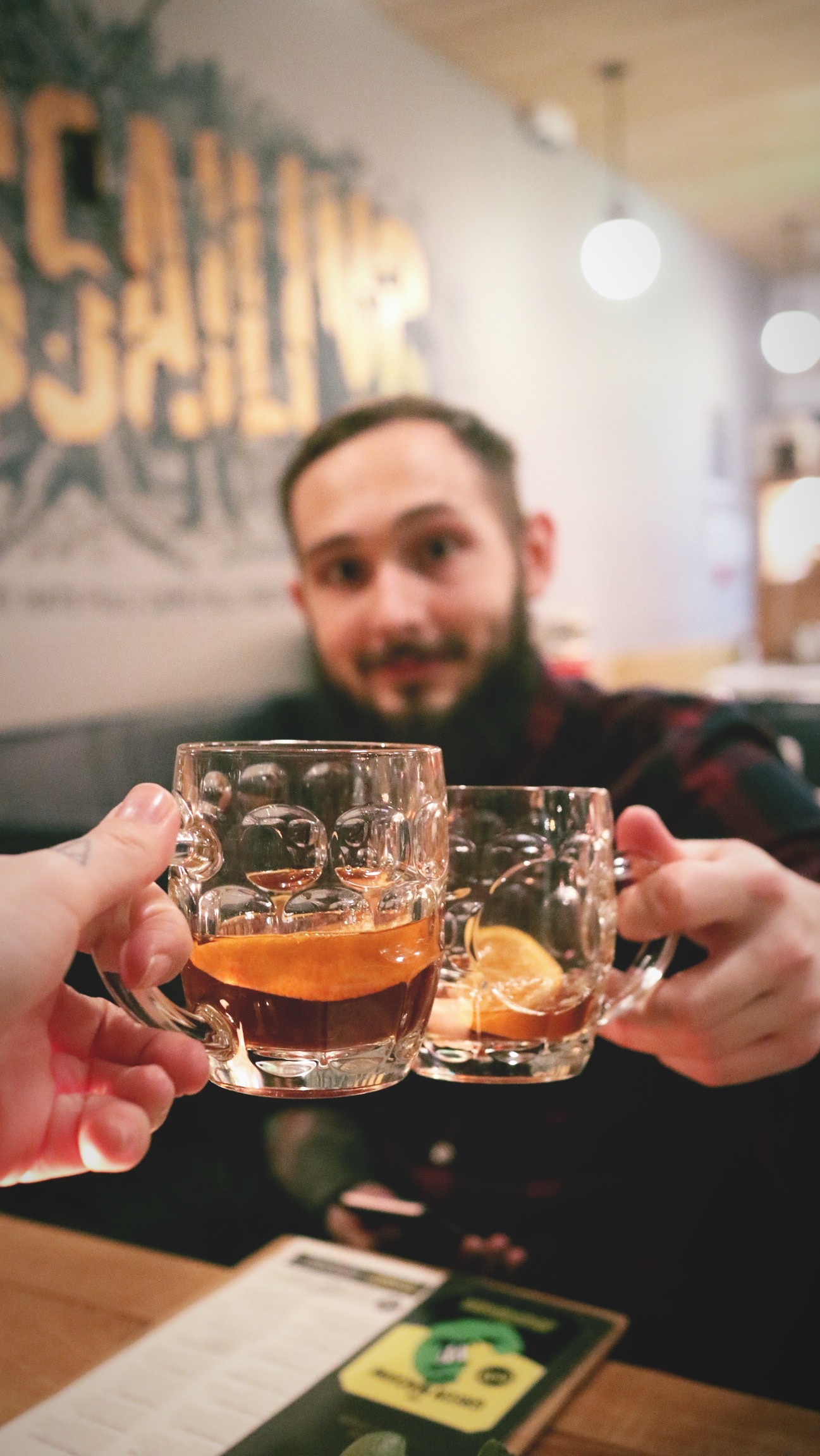 Our welcome drinks started with a warming mulled cider – the colder part of the year has started after all 😉 I have to admit that I have actually never had a mulled cider before, so it was a first which did not disappoint! I’m pretty sure I will have it again from now on – as long as I can find a vegan one! Our host actually mentioned that he finds it very easy to find vegan ciders and that it would be more difficult with beers. I however always felt like it was the other way around – at least with all of the big producers. After a few years of being vegan however I have to admit that I know my way around vegan beers and I don’t need to double check anymore as I have my regular go-to’s. Most ciders that you can find in supermarkets are mass produced and in order to get a conformity within the mass production most of the producers use a filtering process that includes fish bone – making the cider a non-vegan drink. 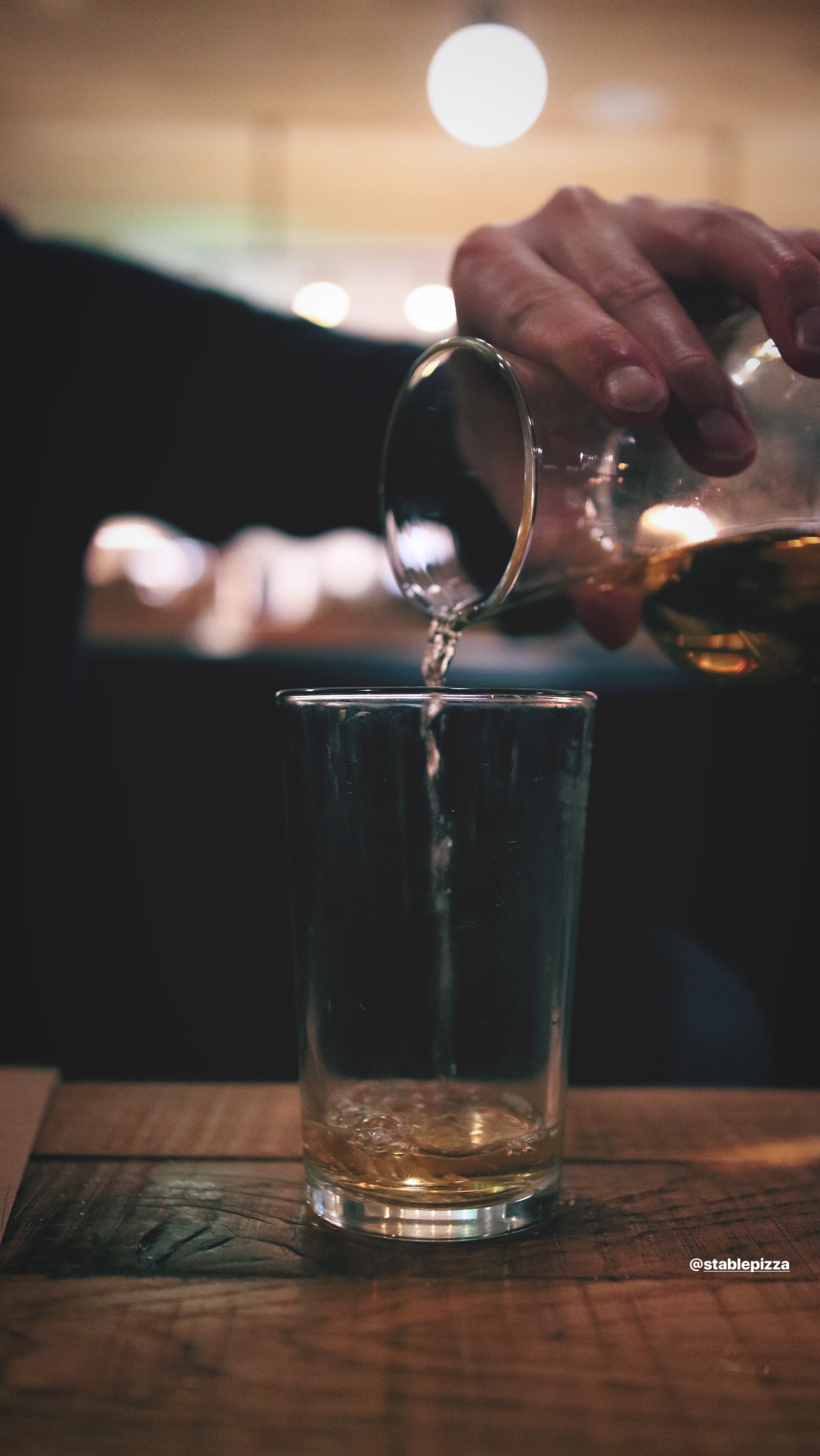 When I first found out that most ciders that I used to drink are not vegan-friendly I basically just packed my bags and gave up on the cider-thing all together. It was just too difficult to find vegan-friendly ciders in most places, so I basically just gave up on it all together. Finding out however that the filtering process using fish bone is mostly just used in mass production is great news! It means that all I need to look for in a craft cider is whether or not it has been filtered. If it hasn’t, it’s most likely vegan and especially most crafted ciders in smaller batches are suitable for both vegans and vegetarians. What a great vegan cider variety that I have not been aware of!

After the mulled cider we started with a dry cider palette slowly working our way towards the sweeter side. Our host was amazing, with every cider we tasted he explained the creation process and where the cider actually comes from. With a ‘cider scoring’ card we could keep track of the ciders that we tasted and were able to mark what we liked or not liked about it. This way we would be able to figure out if we’re more into dry or sweet, sparkling or still – or maybe into acidic ciders.

The evening really showed me what a sensitive nose I have – as I could exactly smell if I liked the cider or not even before tasting it – and I swear my nose also told me if it was sweet or dry ;). Throughout the eve I definitely figured out that I am more a black/white cider drinker – I liked either the dry ciders or the sweet ones, but the in between was not really my palette – whilst my taste buds do not care about sparkling or still.

I think in total we tried around 10-12 different ciders – having a small sip of each (not to get too tipsy ;)) The evening was also a success with the mind-blowing pizza meal we had there! They have a vegan menu for pizzas – on top of the rest of the menu that they serve – a perfect place to go to with non-vegan friends that are not really into the healthy fancy vegan restaurants I like to go to myself (we probably all have friends like that ;))

All in all the cider tasting was an absolutely fantastic experience, which I can only recommend! Nick and me will surely be back – now that we know which ciders to go for and also that they have amazing vegan pizza (choose the one with caramelised onions – absolute bomb!) 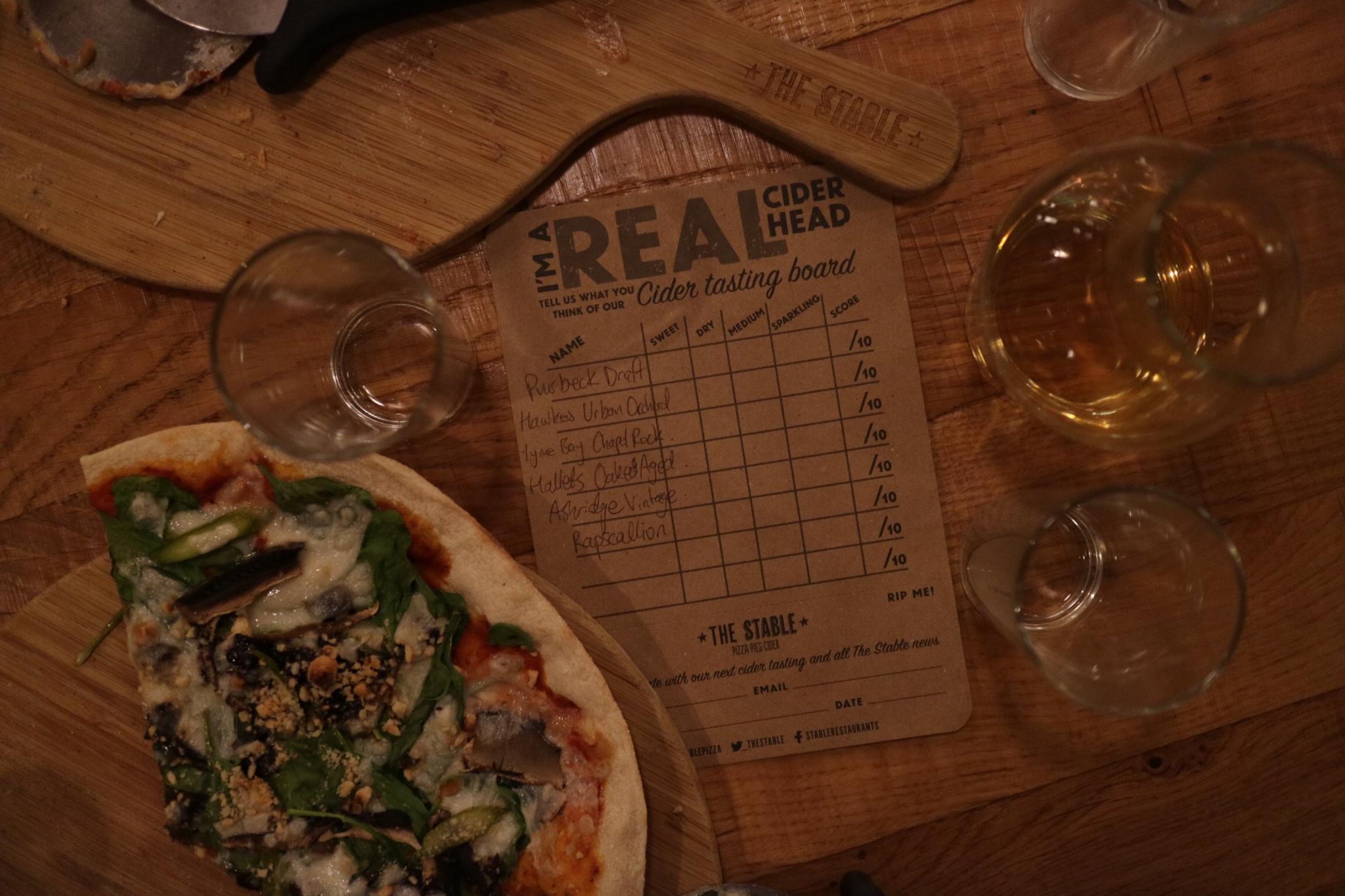 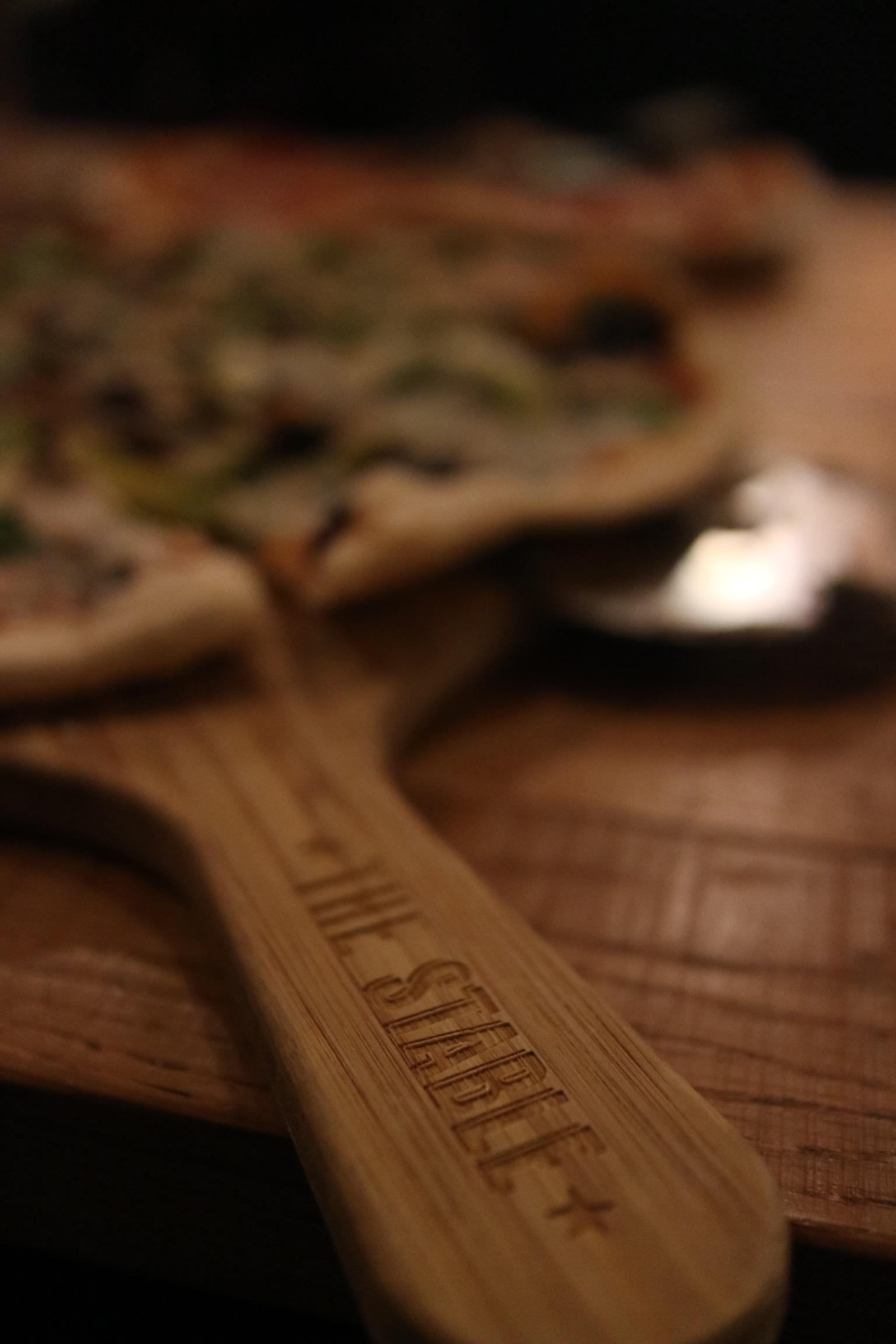 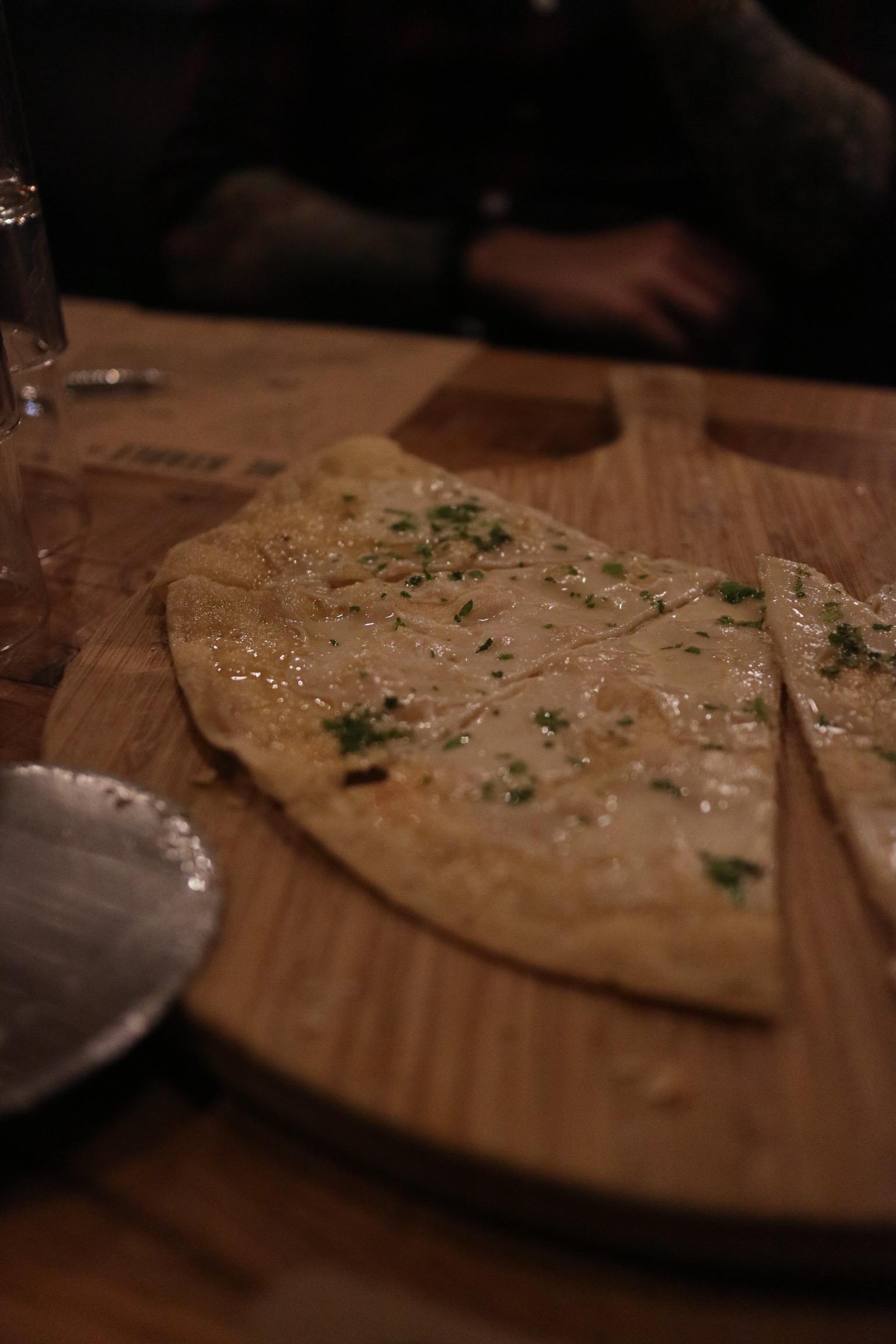 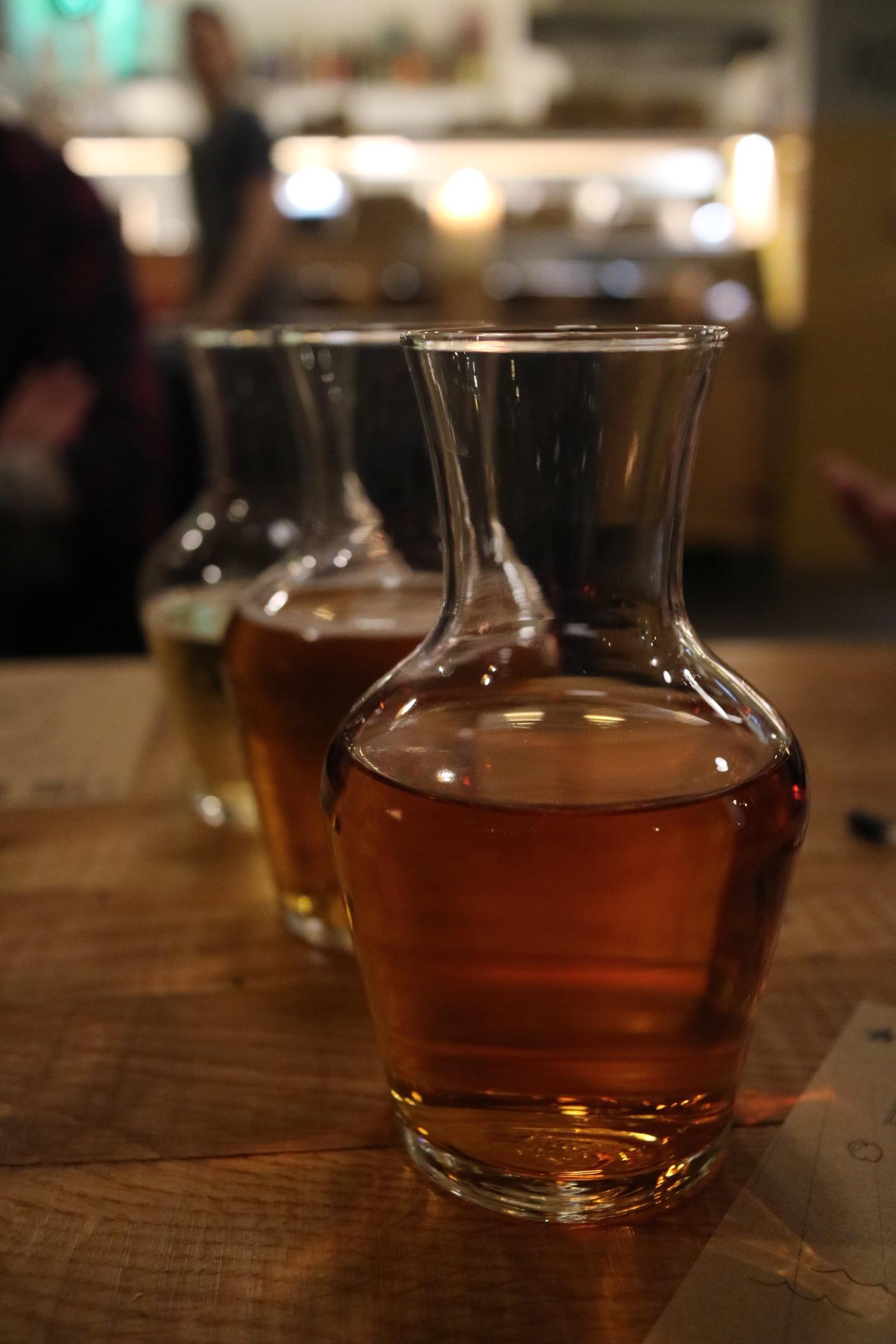 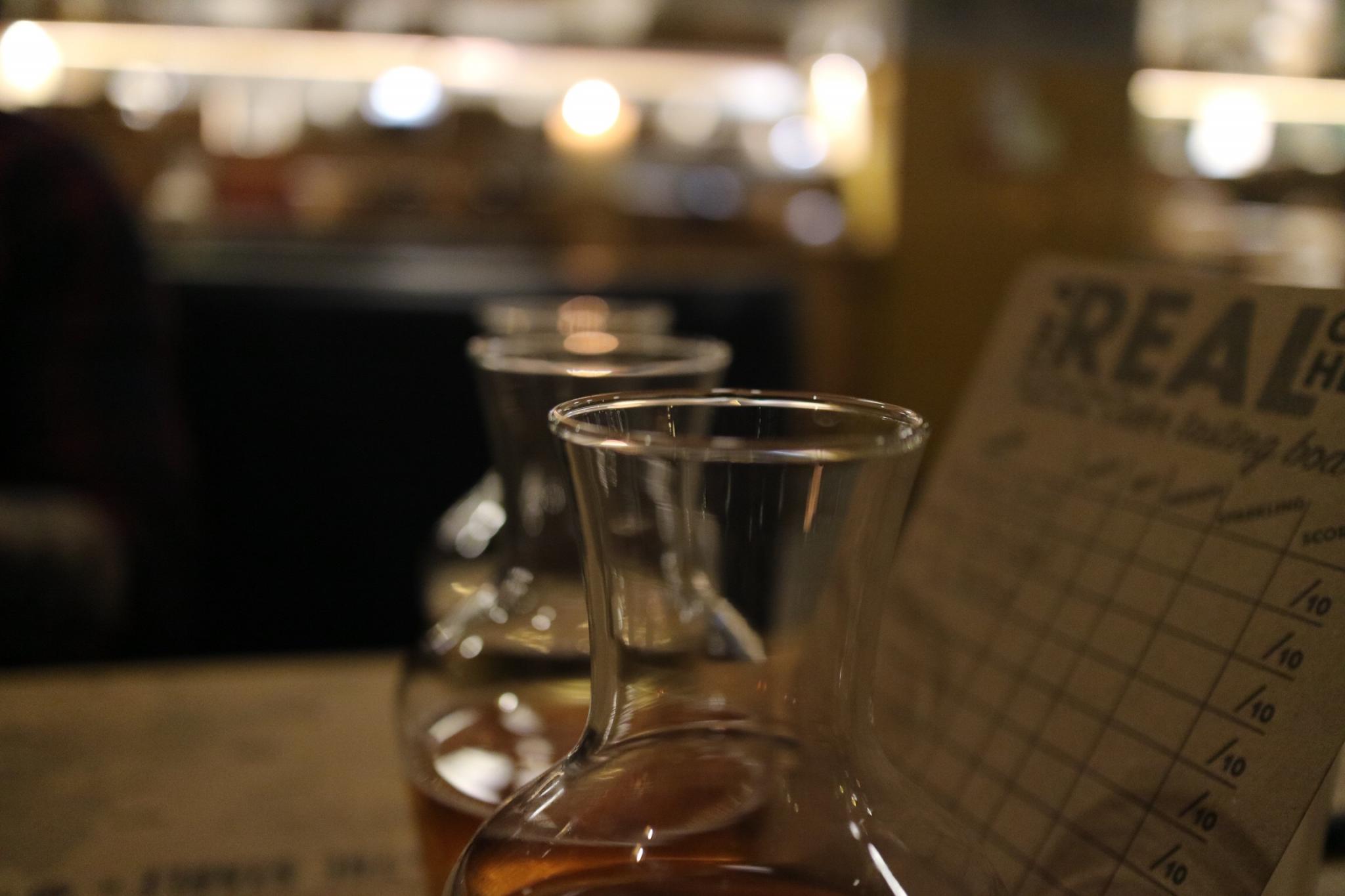 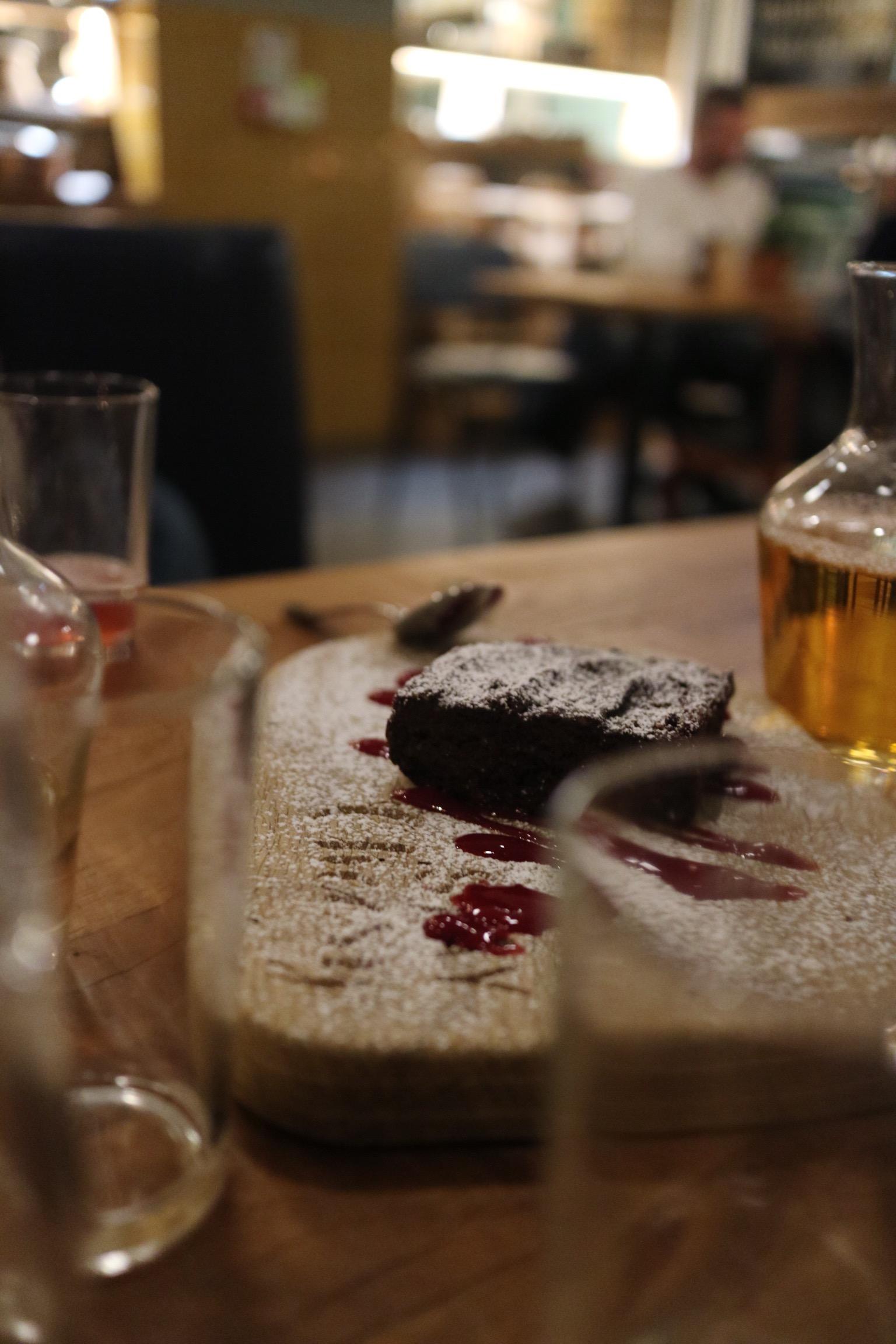 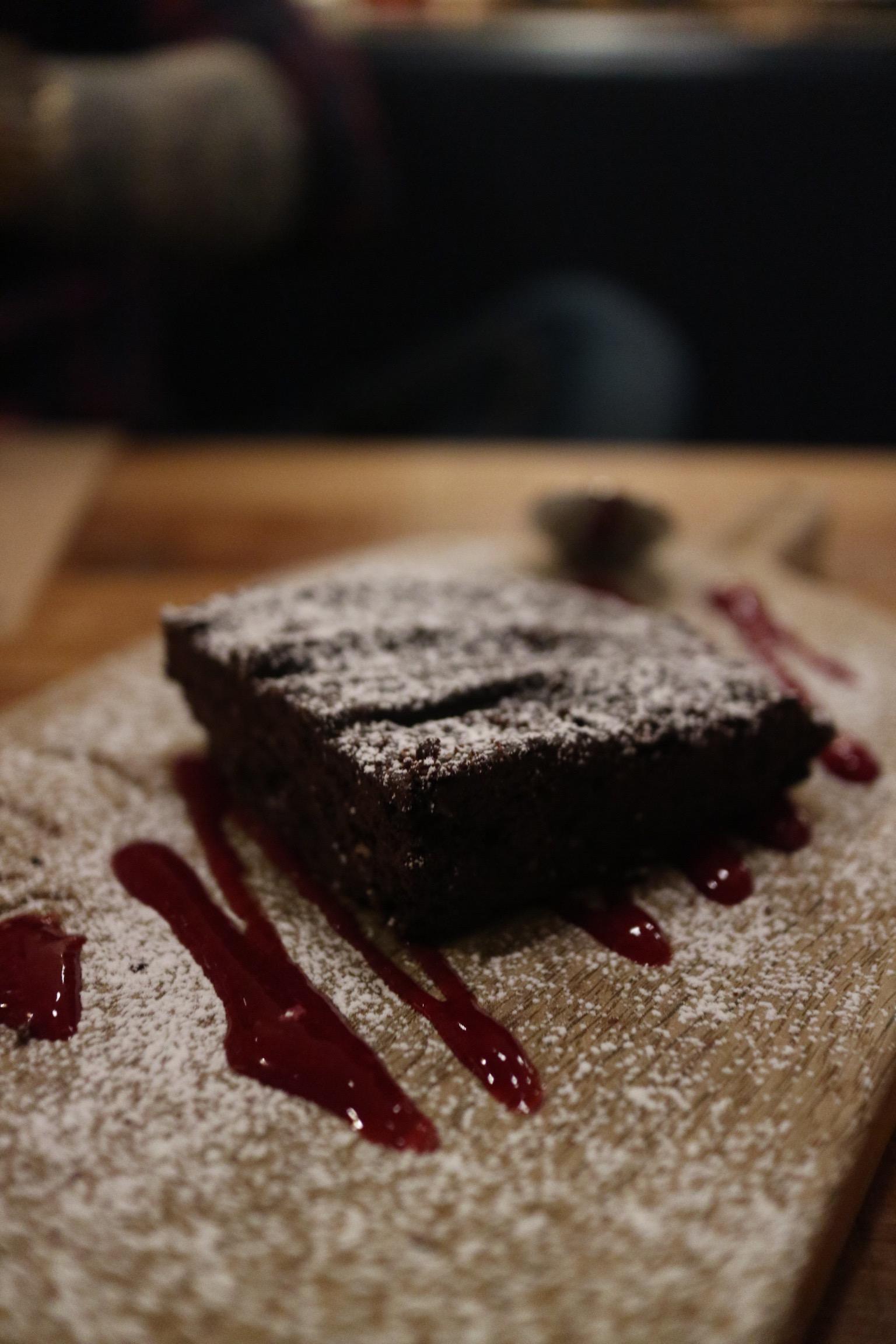