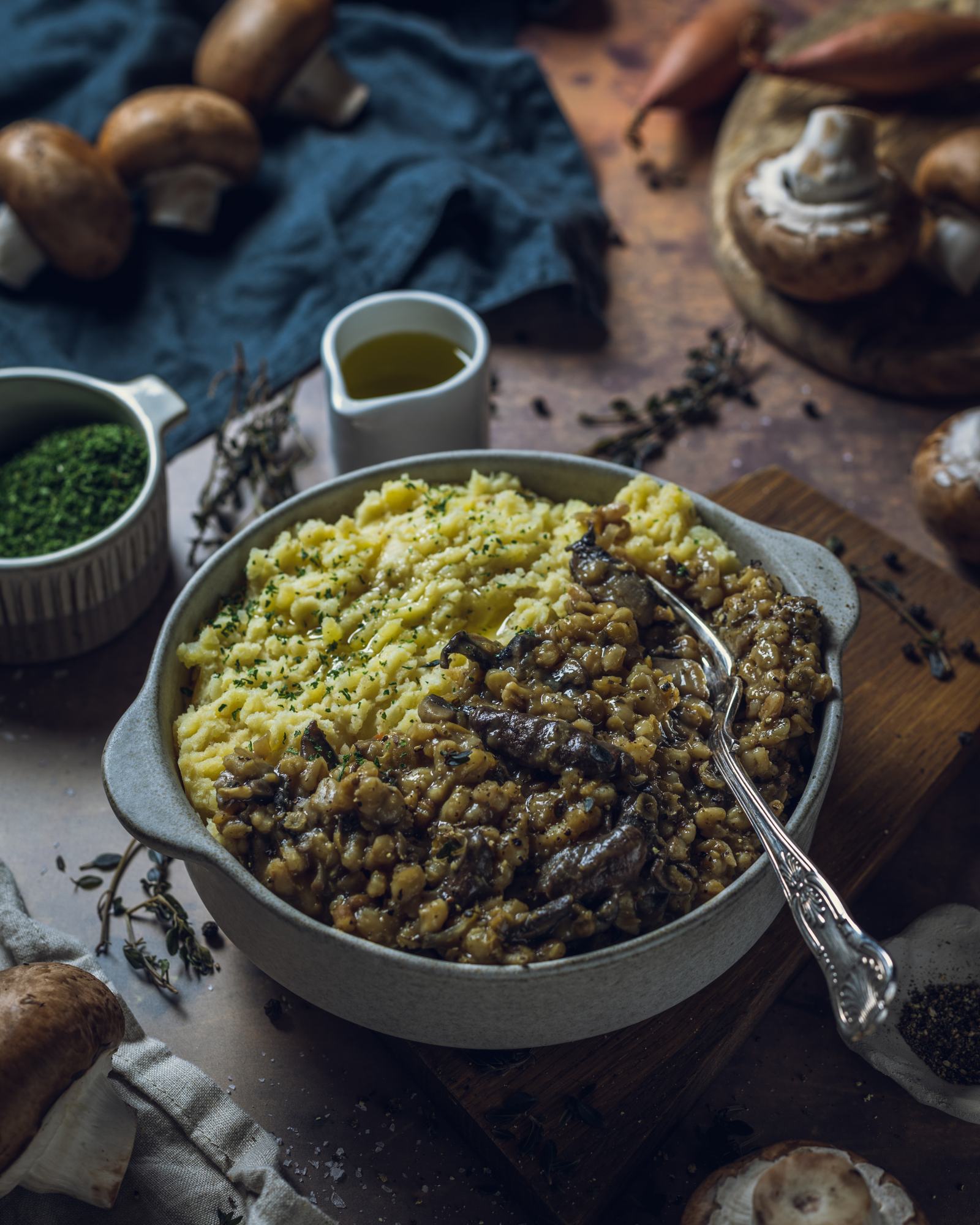 One of those recipes, that simply happened as I was trying to use up some leftovers from the fridge! This mushroom gravy stew (as I’ve now simply named it!) has worked out so more-ish – it’d be a sin not to share the delicious & simple recipe with you!

What I’ve mainly followed with this recipe was the following idea: Make a lentil & barley stew by  cooking it in the ingredients I’d normally use for a vegan mushroom gravy. BOOM. Sounds simple? Cause it is, and this is exactly how this recipe came about. 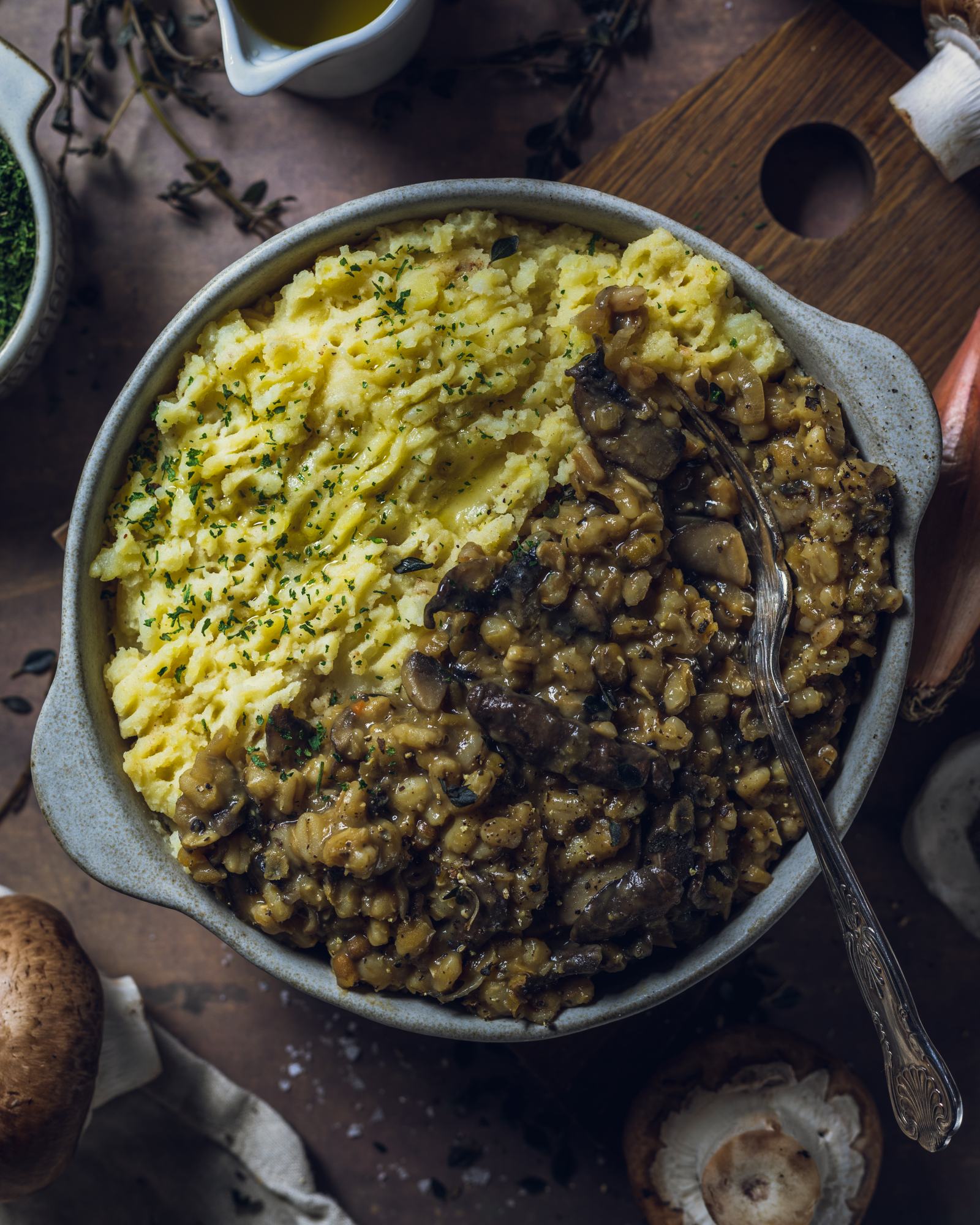 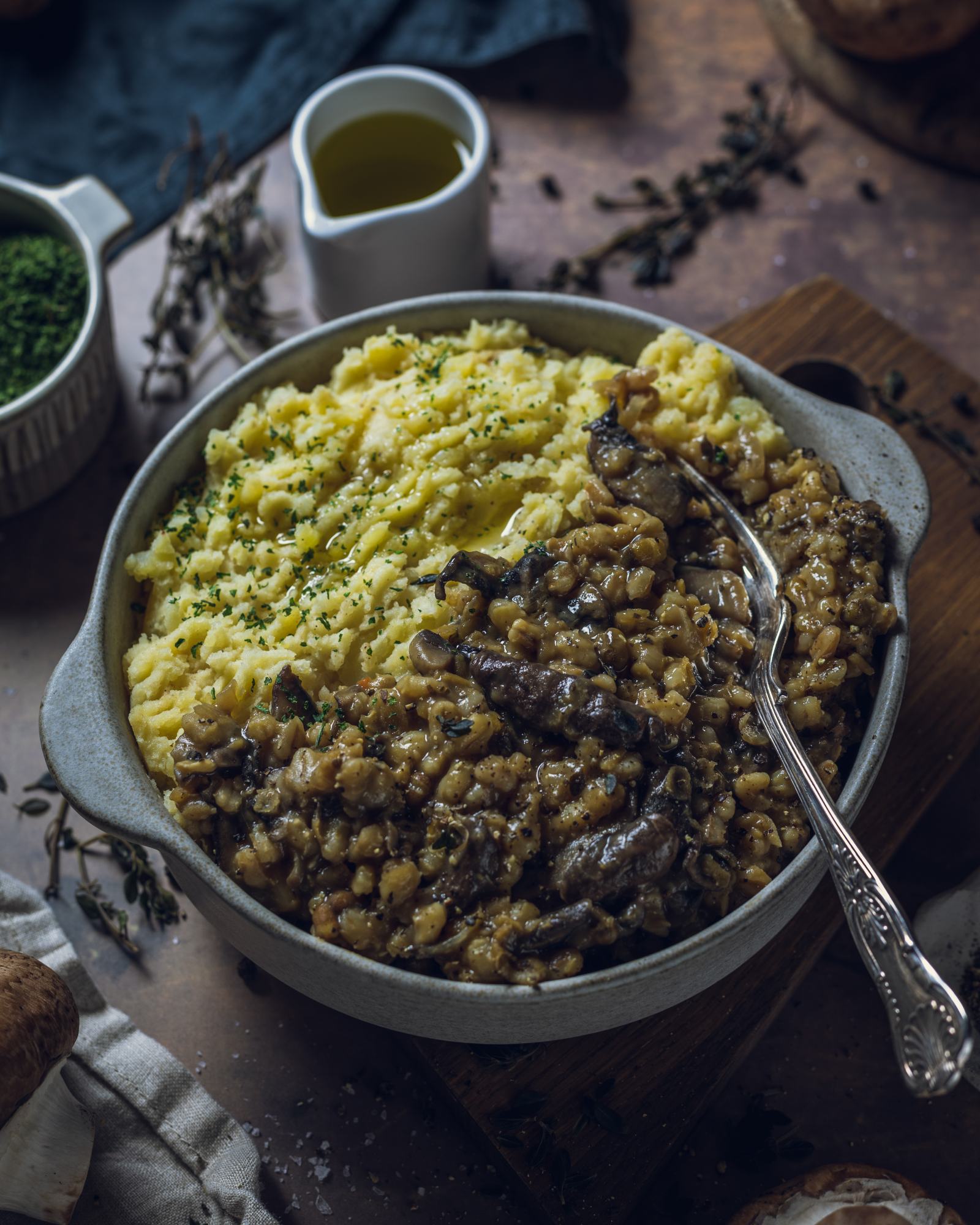 How to make the mushroom gravy stew

For the stew I’ve started with a little vegan margarine, thinly sliced shallots and minced garlic in a large saucepan. Once the onions & garlic have turned translucent, I’ve added sliced chestnut mushrooms and cooked them until softened.

For the seasoning of the stew, I’ve used thyme alongside a little balsamic vinegar, which adds a wonderful acidity to the dish.

Where to get vegan wine? It’s best to check Barnivore – it’s an amazing website guiding you through which alcohol is vegan and it lists a massive amount of supermarket brands too, making it easy to find the perfect vegan wine for this recipe. Side note: you can find vegan wine even in Sainsburys and Tescos! No special stores required 😉 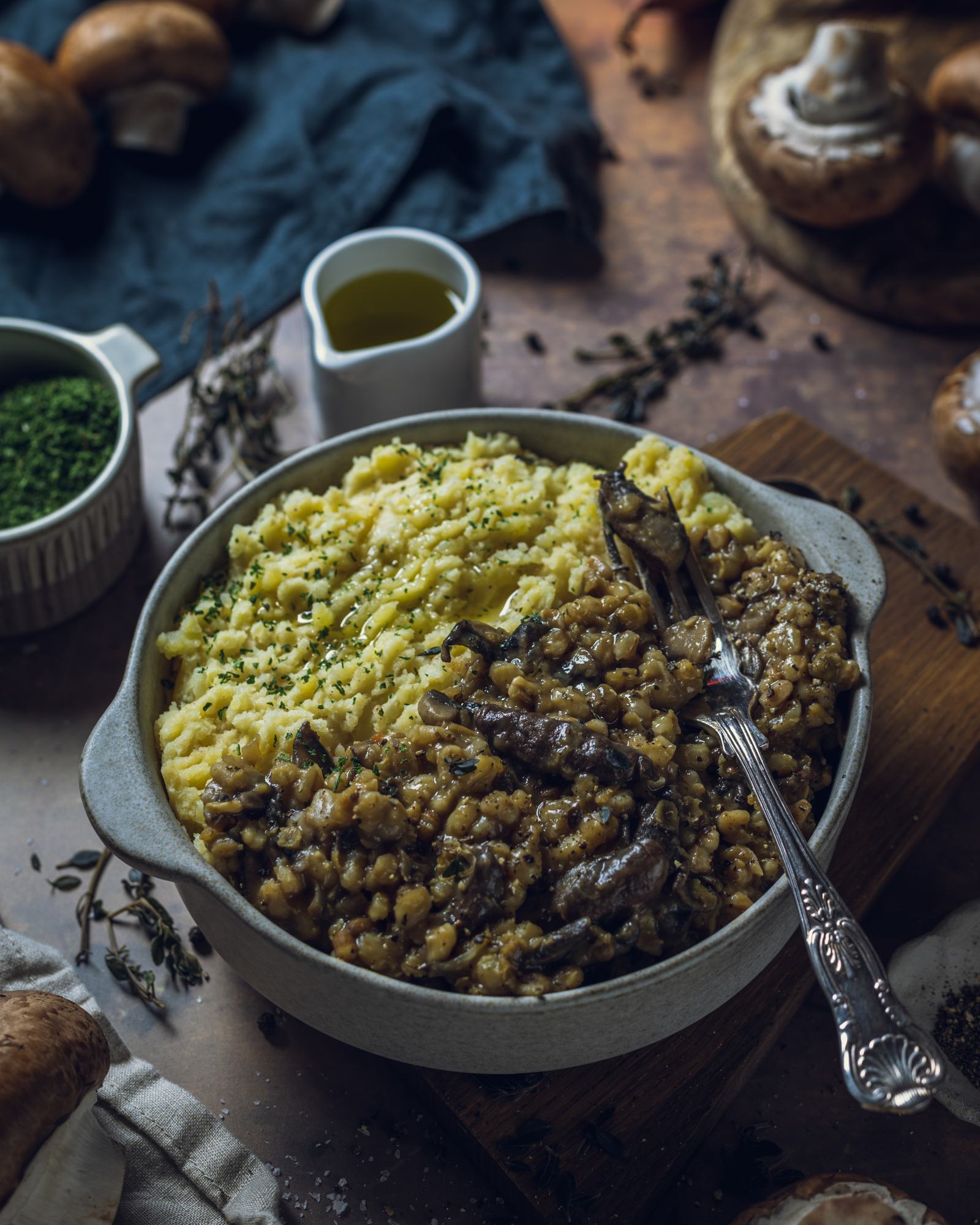 If you’re looking for an easy, comforting dish too cook with leftover mushrooms, this recipe for Mushroom Gravy Stew has got you covered!