?It’s always amazing to see more and more vegan food places and restaurants with vegan menus popping up around London. So I could not help but saying a loud ‘YES’ when I was asked to try out the new vegan menu at the Heathcote and Star in Leytonstone.

As a West-London girl I have to admit that the location was not the most convenient location for me to get to, but my day off at the end of November was the perfect opportunity to pay a visit and get my hands on their new vegan items on the menu.

The Heathcote and Star directly left an impression upon entering: equipped with neon lights and an its own games room, it was nothing short of what you would expect to find in East London. Anyone up for a round of ping pong? Well here you get the chance to!

The vegan menu, which has been created by Paul Human from We Serve Humans, definitely had a few interesting items that caught my eye right away, such as truffle fries and frickles (= fried pickles, omg right?!)

To be honest, I would have loved to give their mac & cheese burger a try – but it’s part of their non-vegan vegetarian menu, but hey guys: this would be a great addition for the future 😉

My favourite thing of the eve were definitely their Frickles – or ‘deep fried pickles’, however you prefer to call them 😉 the perfect flavour combination and super juice, they were simply to love! 9/10 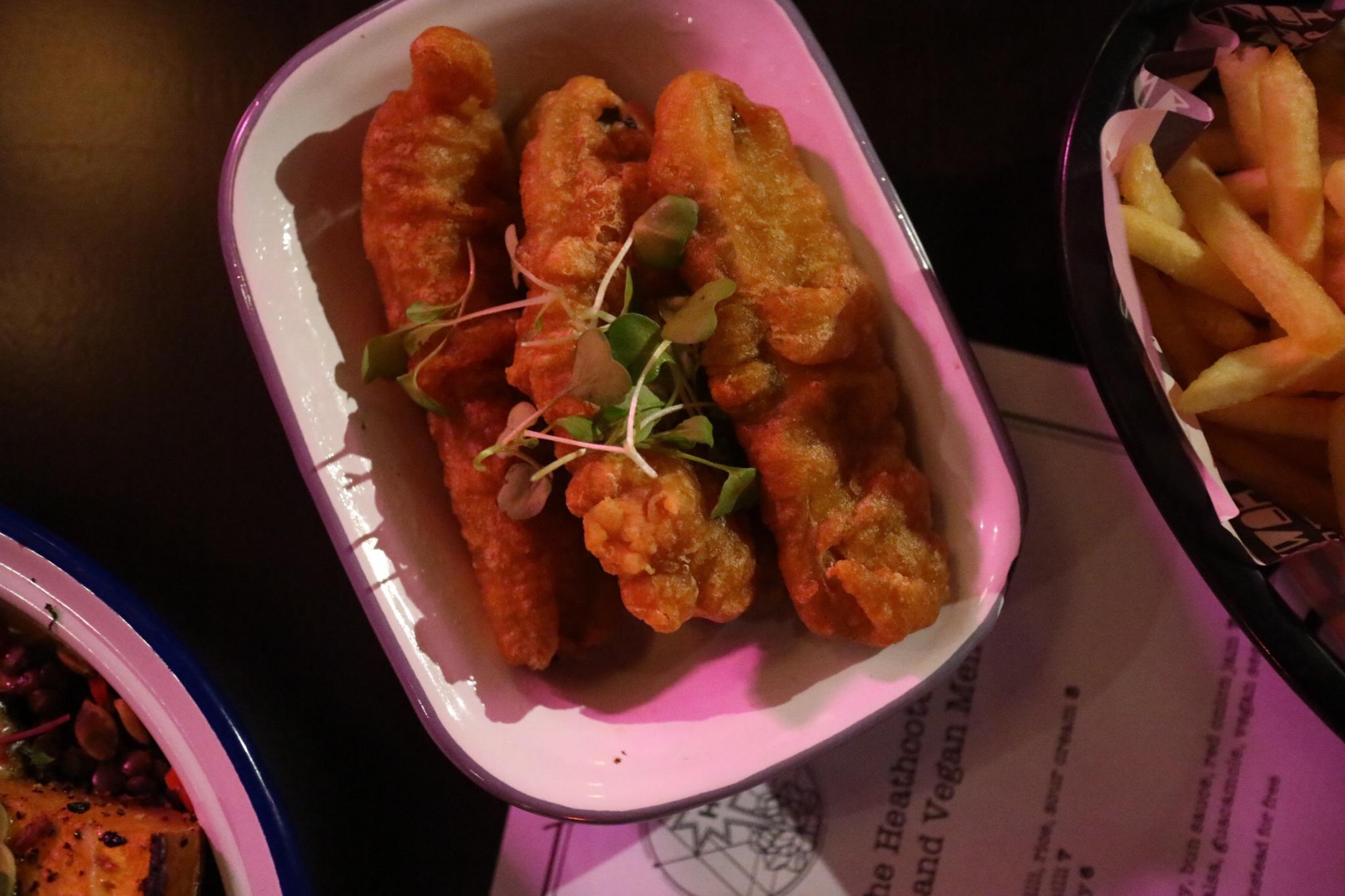 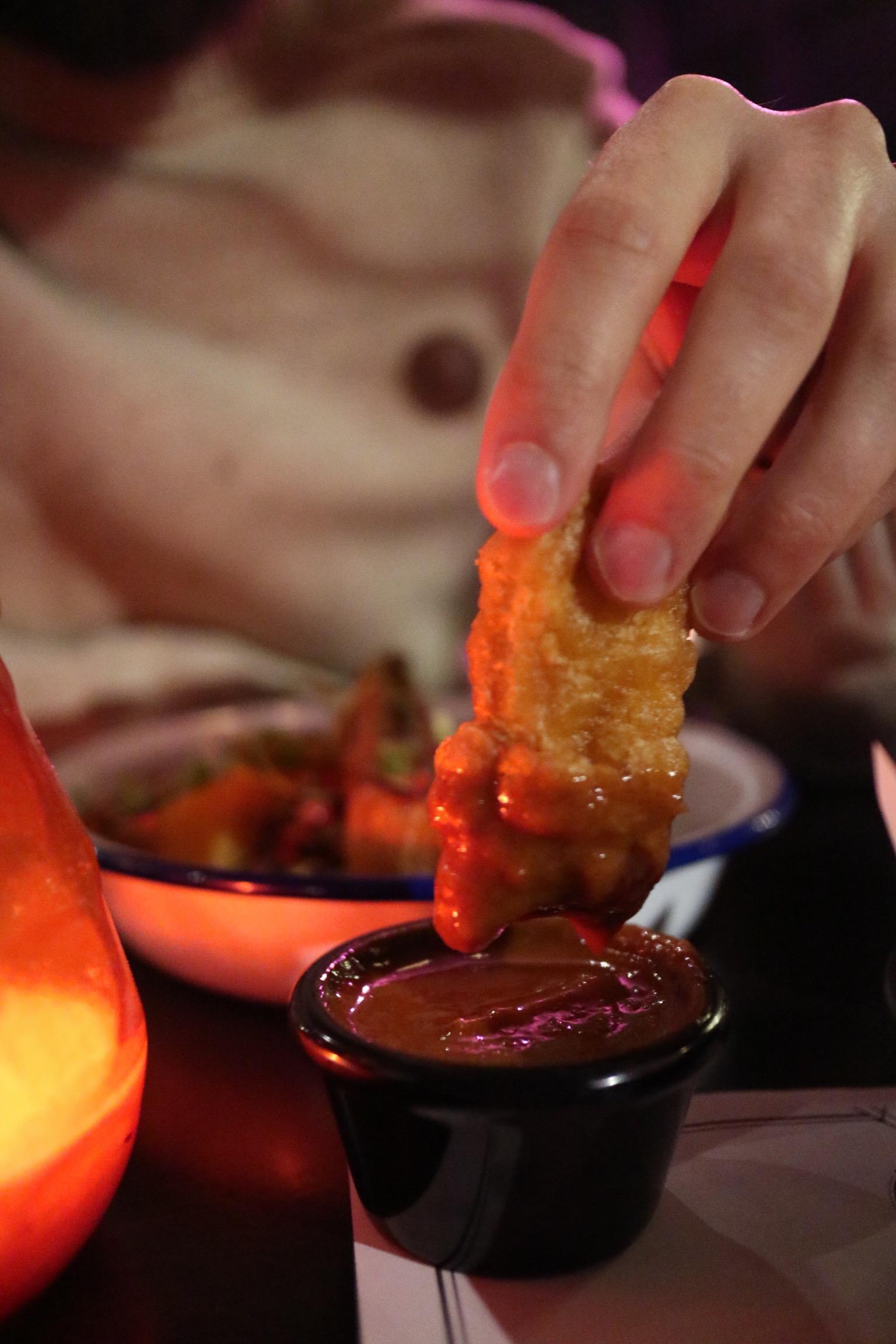 Runner up of the evening was definitely the Warm Roast Pumpkin, served on a bed of puy lentils and deliciously seasoned. The pumpkin was simply perfectly roasted and was rounded up in a brilliant combination of the lentils and pomegranate seeds. 8/10

Have you ever heard of truffle fries? If not then you definitely need to give this treat a go. I have been loving practically everything truffle flavoured for the past years since I first gave truffle oil a chance. I was hooked right away, when I saw this item on the menu as it was just right up my alley! And they did not disappoint – the subtle flavour of truffle was simply brilliant and oh so addictive!

I’m not quite sure if it is down to personal preference or because I grew up on the Dutch and Belgian border where chips are usually covered with salt – but I like my chips salty and was very surprised when I first had chips in the UK as they hardly ever come with the salty topping that I love so much – hence why they only got up to 7/10 on my personal scale.

The celeriac slaw was simply fantastic as well! Especially as I have to mention that I grew up without a tradition of eating slaw in Germany and am usually not a huge fan, but the dressing of this one was simply gorgeous and made sure that the slaw could rank a solid 7/10 for me. 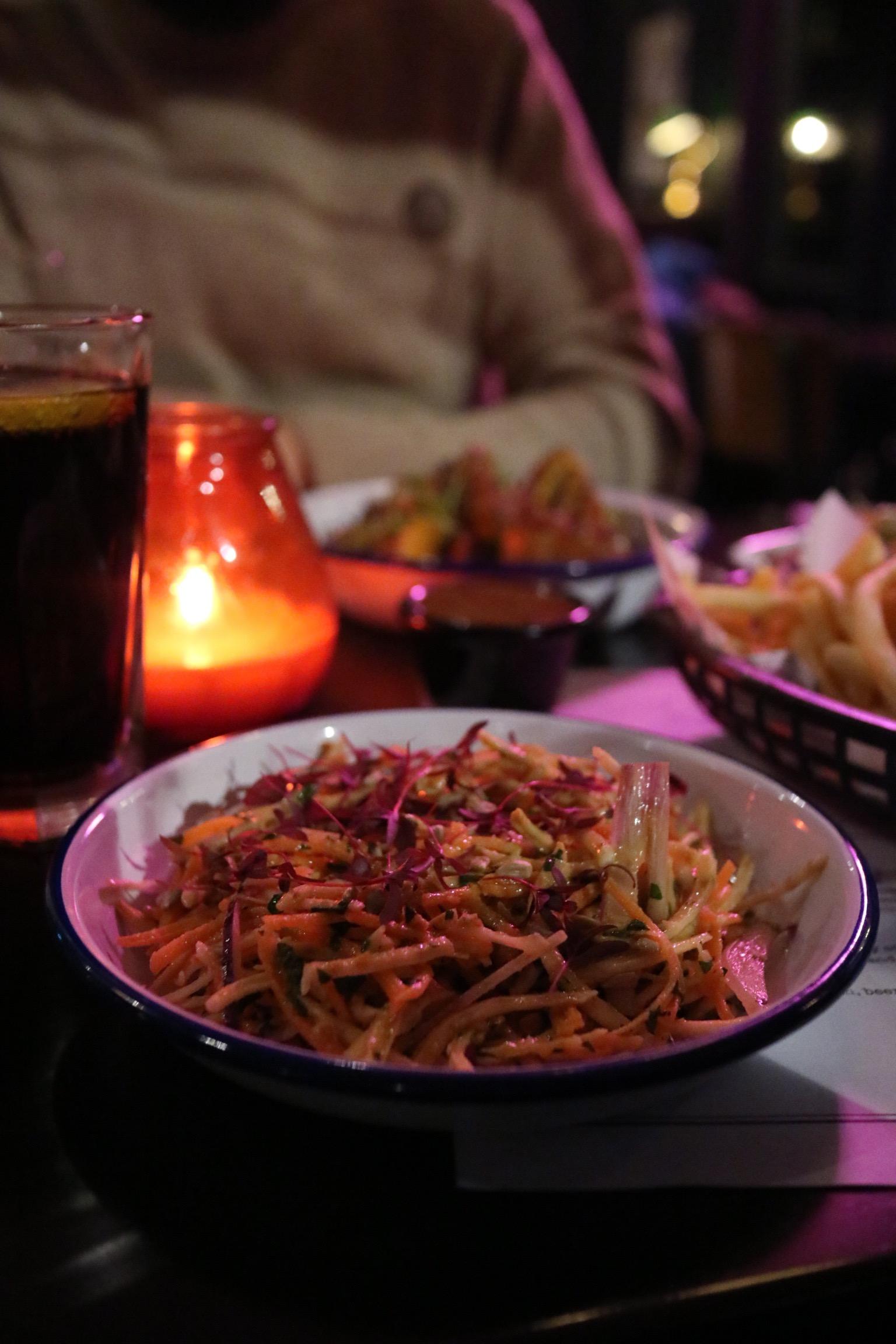 Unfortunately I was unable to fully enjoy a few of the menu items simply as they contained quite a lot of chilli, which I am intolerant too, which I found out this year. Lucky for Nick, he had these dishes mostly to himself, such as the ‘Prince’ burger and the so-called Cowboy Beans.

However, we both were a little disappointed with the burger: It was a bean burger patty and sadly nearly impossible to eat as a burger as it simply completely crumbled apart at the attempt of biting off a piece of burger, resulting in something more like a burger mash. Nick continued to eat it off the plate with knife and fork, but after it’s all fallen apart I gave up on it to be honest. Whilst the burger seemed to be of a good flavour, the texture simply disappointed. 3/10
Whilst we were enjoying the menu the restaurant got busier and busier, which was probably due to it being a Friday night. The feel of the place came close to ‘hip pub’ that has great food, so whether you’re heading there for a main course or simply a bar snack, you should definitely order the fries or frickles 😉 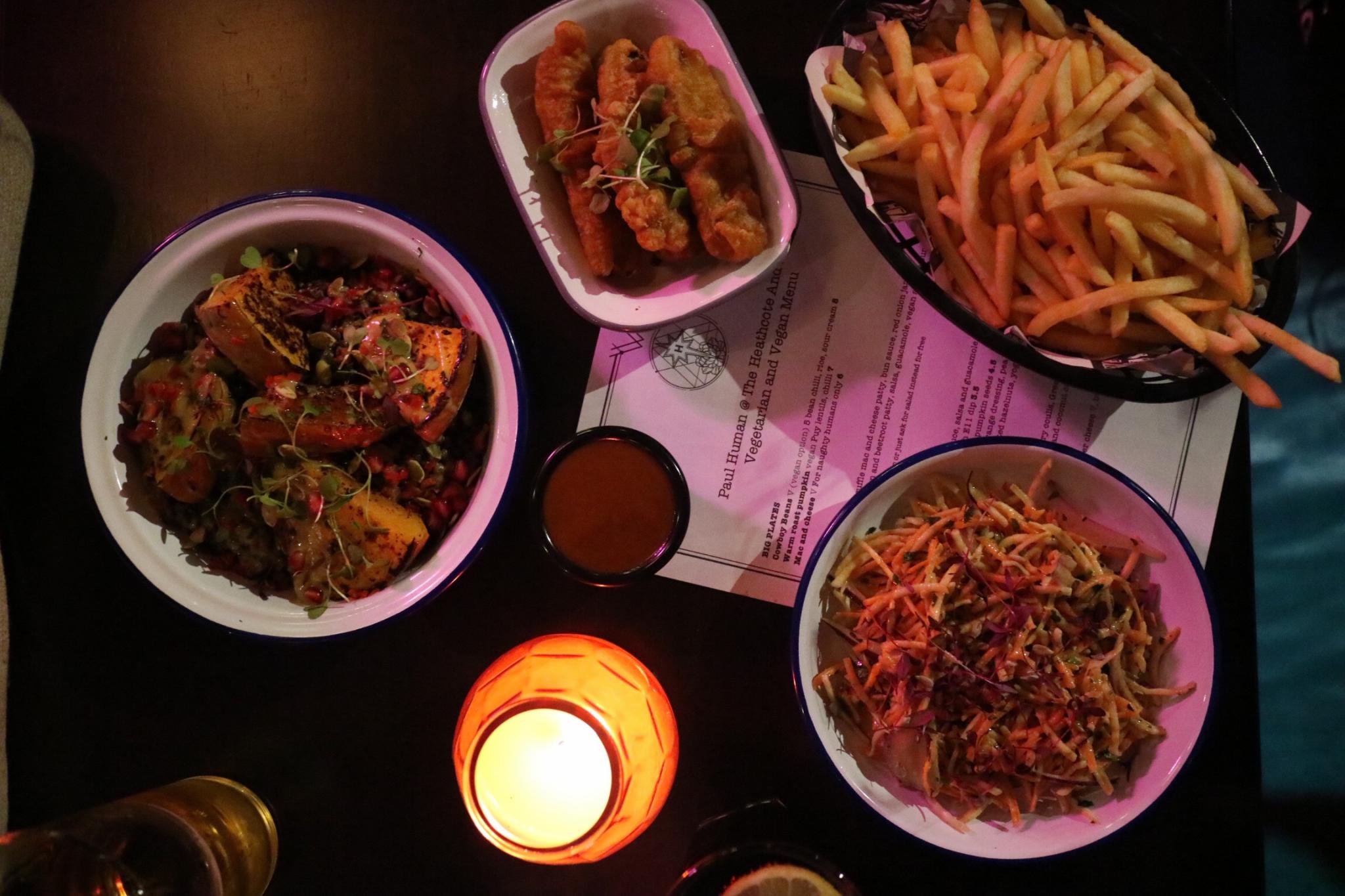