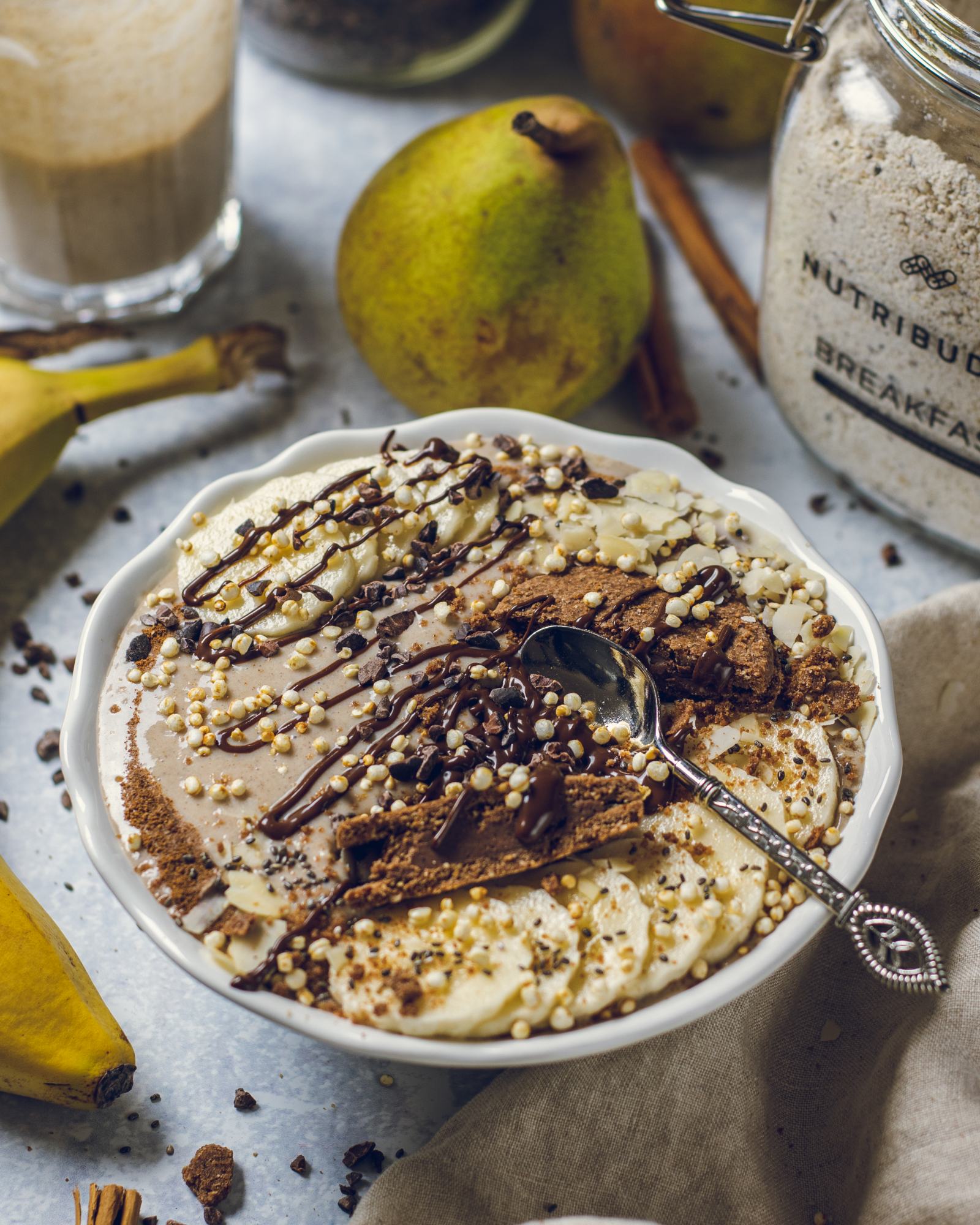 Some mornings are simply grab and go – and this is where a nutritious but quick & easy breakfast like this Cinnamon Pear Breakfast Smoothie comes in super handy!

If you’re following my Instagram stories, you probably know that I don’t like skipping my breakfast, so even if I have a super early start or things get hectic in the morning, I still like to ensure I have a breakfast option available that’s not only simple and quick to whip up, but also nutritious and keeping me full and satisfied until lunch time. Often times a smoothie is my go to on these occasions – in a travel cup or protein shaker, so I enjoy it on-the-go.

And I have to add, a simple, delicious smoothie that ticks all the boxes is also a great go-to for those mornings where I simply can’t decide what to have for breakfast 😉 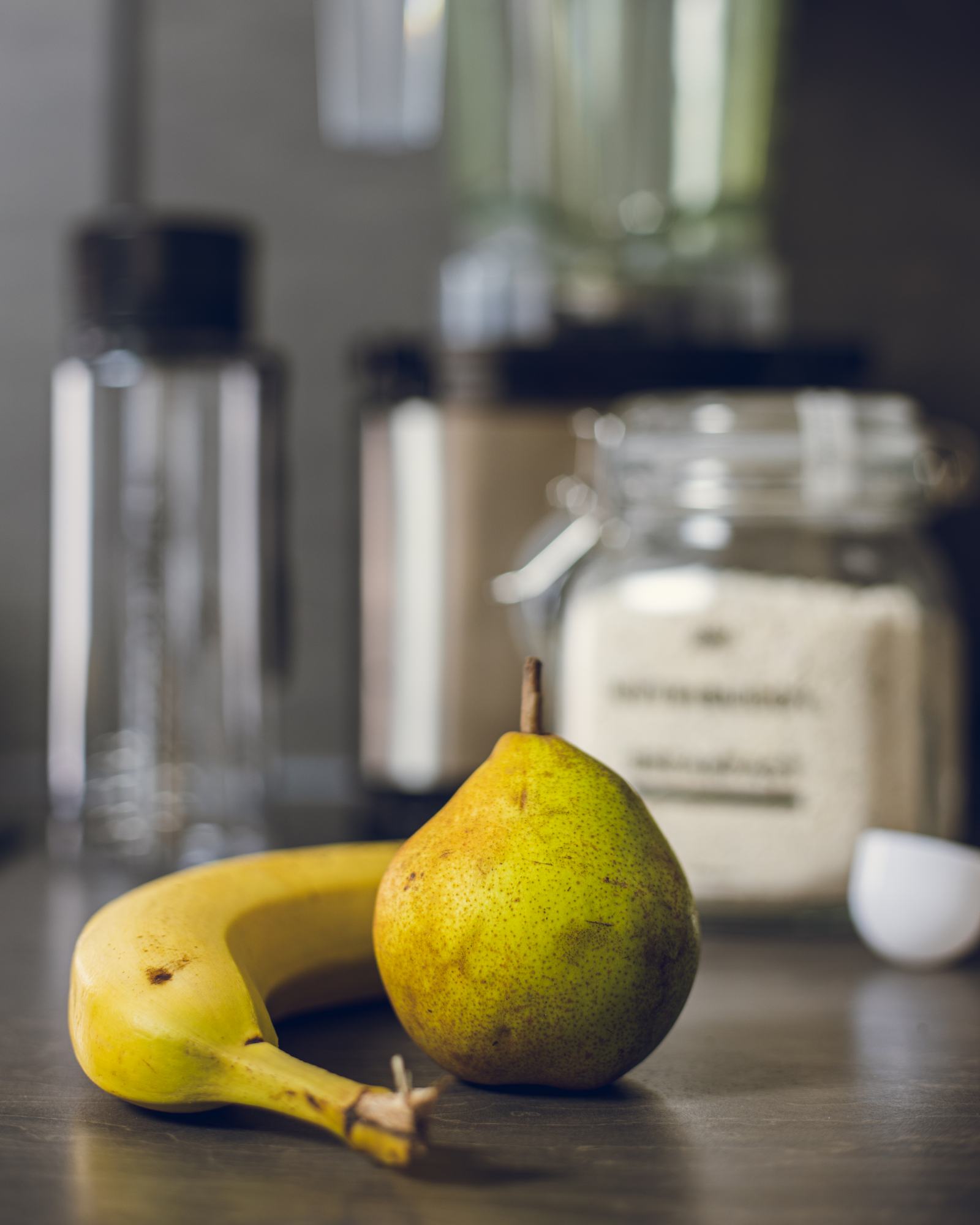 If you’ve not tried the combination of banana, cinnamon & pear yet, then oh-boy! You’re in for a treat! I got obsessed with this combination after finding myself wanting a smoothie one morning, and only having bananas and pears in the house. And the rest is history.

Since then I’ve been fairly enjoying this creamy,  more-ish combination in a number of smoothies and smoothie bowls – whether on their own or with the addition of protein powders. To round up my breakfast smoothies, I often like to add in protein powder – it helps me hit my protein intake for the day and a breakfast also leaves me feeling full and content for longer if it contains a decent serving of carbs, proteins and fats each.

Vanilla flavoured protein and unflavoured protein both work the best for this recipe as vanilla nicely compliments the flavours without overpowering them. On this occasion I have used the Breakfast Shake from my friends at Nutribuddy that have kindly gifted me a jar of their breakfast shake for this blog post. Their shakes are vegan & gluten free and this breakfast shake consists of a nutritious blend of gluten free oats, seeds and coconut, which has created a deliciously thick and creamy shake, that’s definitely tasted delicious and felt like the perfect breakfast for a busy morning. 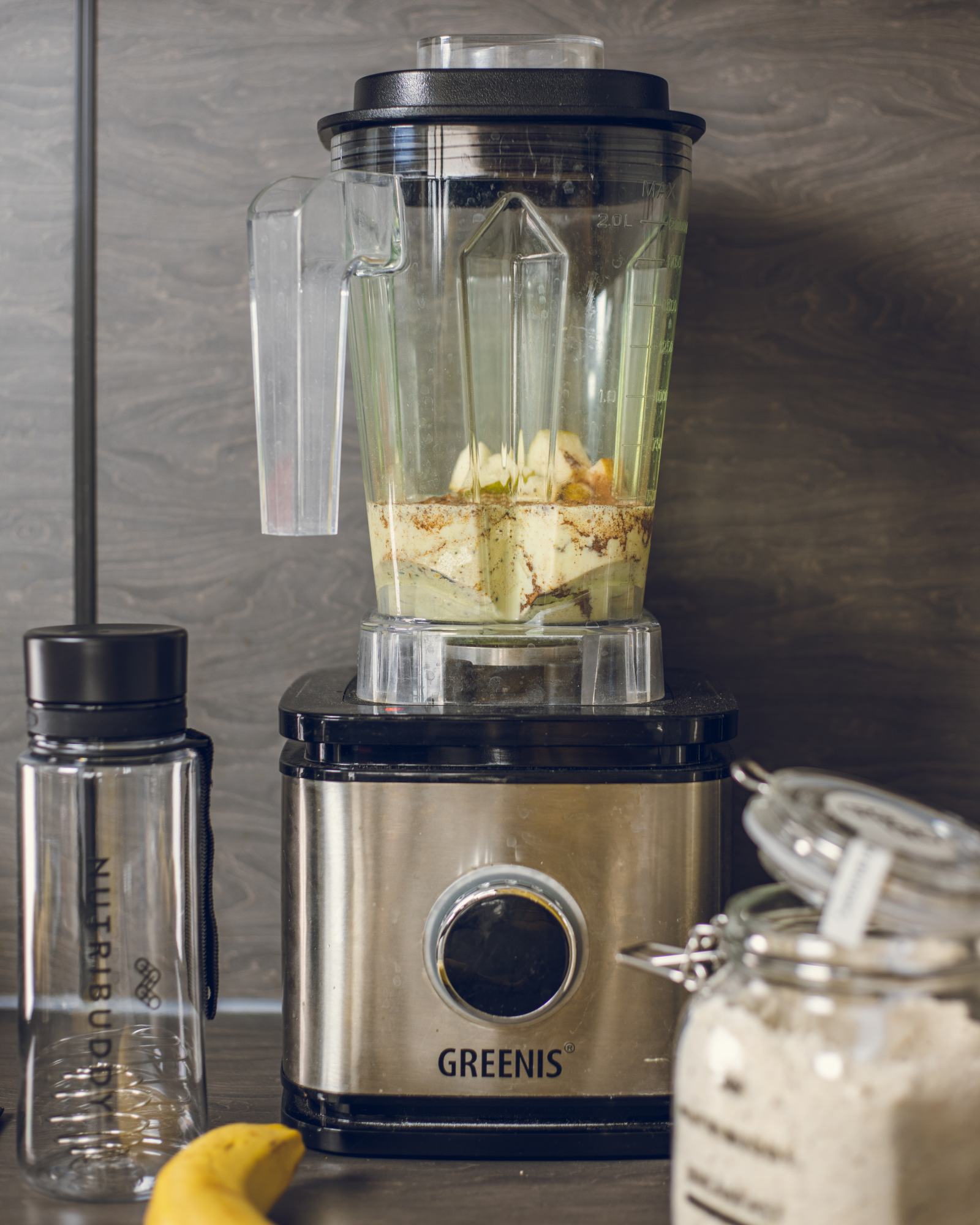 The ingredients in this super quick & easy breakfast recipe are pretty straight forward: 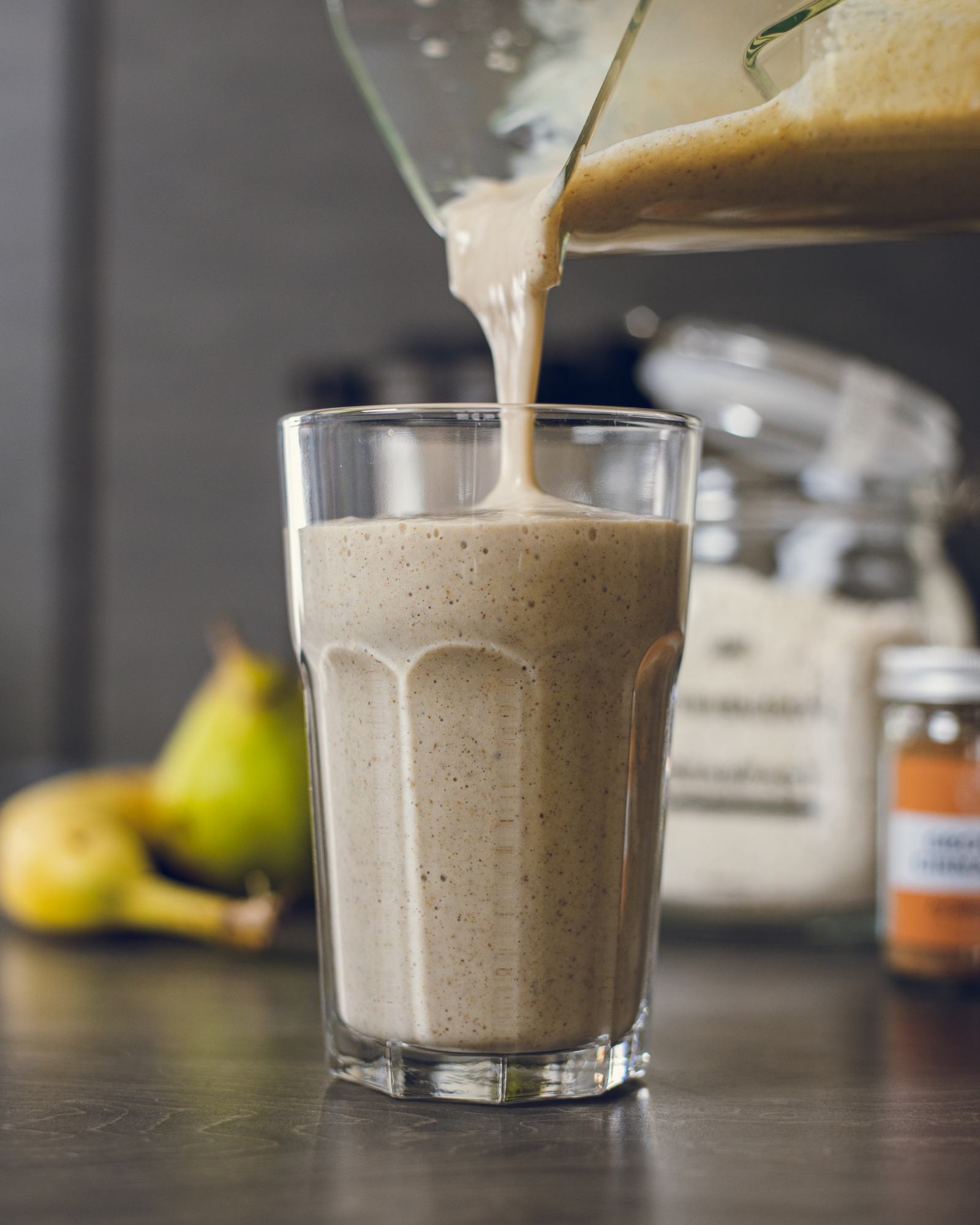 The equipment you will need for this recipe

Super quick & easy Cinnamon Pear Breakfast Smoothie – delicious on the go or as a smoothie bowl.

If I’m enjoying this shake at home, I like to serve it in a large glass and sprinkle a little extra cinnamon over the top. Alternatively, you can also serve it as a delicious & creamy smoothie bowl. I like to add toppings such as flaked almonds, cacao nibs and nut butters.

By pouring in the plant milk before adding the powders (breakfast shake & cinnamon) you avoid getting the powders stuck to the bottom of your blender.

Don’t worry if you don’t have frozen banana halves to hand. Simply use a fresh one and freeze the other half for another day!

I like to use organic pears for this recipe, that way I don’t have to peel them necessarily. Just wash, de-seed and drop in!

If you want to prep this recipe the night before, you can already chop, de-seed (& peel) your pear and freeze them as well.

And if you want to enjoy this shake on the regular, why not portion your frozen fruit together in portion-sizes, ready to go!