Just because I  am on vegan keto again, doesn’t mean I can’t share a non-keto recipe with you, right? 😉

I have literally got such a back up of recipes just piling up waiting to be posted on the blog – I promise I’ll do my best to try and keep up with it!

This recipe I originally created for a feature in Cook Vegan Magazine (now renamed to Plantbased Magazine), alongside two other microwave cake recipes that I might share with you later.

Microwave brownies and cakes are perfect for satisfying that cake-y snack craving, without having to spend hours in the kitchen preparing. Oh and also all that mess that suddenly appears in the kitchen when making a cake (at least this is what happens in my kitchen) – totally avoided!

As mentioned, this recipe was created a few weeks back… when my microwave was still in working order. Unfortunately it has given up on life since, but tbh I can’t remember a time I used it this year apart from melting butter for other recipes and these mug cakes. Poor Nick though… the microwave was his best friend for heating pre-cooked meals, but he’s gotta do without now.

I have decided not to buy a new microwave anymore, simply as we don’t have space for in in the kitchen itself, so it was always located on the cabinet in our kitchen/living space and always in my eye as it didn’t quite fit with the decoration of the room. So yeah – unfortunately I will be missing out on these mug brownies from now on, but for your own benefit, find the recipe below 😉 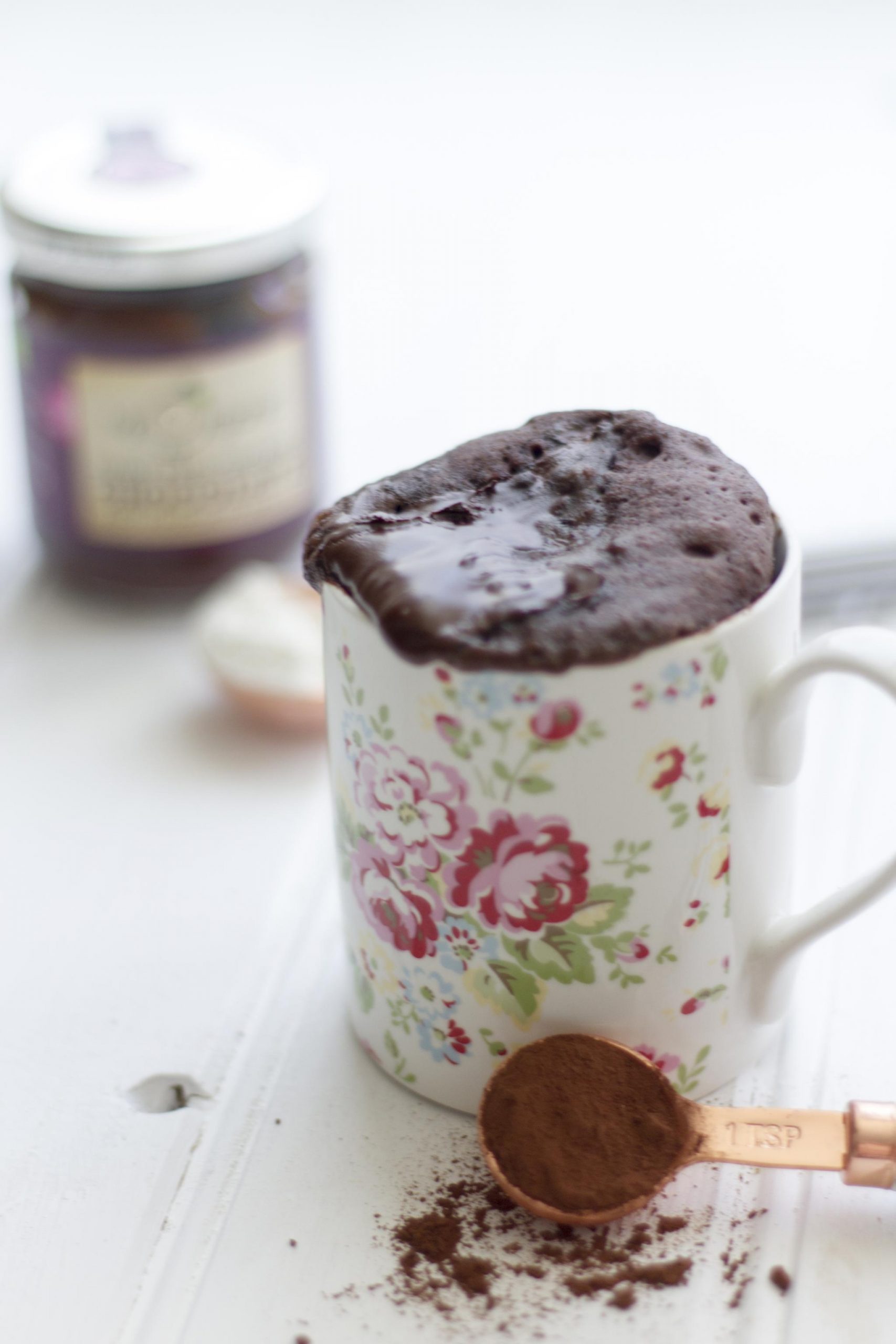